and how we keep it from disappearing

We all evolve our own idea of paradise. Mine began while thumbing through a National Geographic in my school library. As I opened a full page spread of a jungle scene, similar to the image above, I imagined climbing through the trees, enveloped in those gentle mists, the huge variety of plant and animal life, the scale, the potential for adventure. It struck a chord.

More than a quarter of a century later I pulled back a shrub to reveal that view above that I now call home. Those same emotions gained from that magazine all those years earlier stuck me once more... except this time it was real.

What began as a two-week tropical getaway brought into focus a thought that had been bubbling in me for some time - that the society I had grown up in had an increasing disconnection with harmonious living on this planet. Worse still, the discord is an infection.

Rather than let this moment in the jungle slide I set myself a challenge, not exactly scientific, but methodical. I wanted to see if I could use all the technical, emotional and creative skills I had developed over the years to design a life that felt right.

It has been a wild ride so far. There have been failures small and large but I have yet to live a day where I'm not grateful for having started this.

I'm under no illusions though. This lifestyle is both rare and fragile. Having lived it for the best part of a decade now I quickly came to realise that it is not just possible but necessary. There's still many parts of the world where this is still achievable and I don't think it's hyperbole to say that some of what you are about to read could be vital if we are to have any hope of sustaining ourselves on Earth.

Here's a few of my observations and revelations... 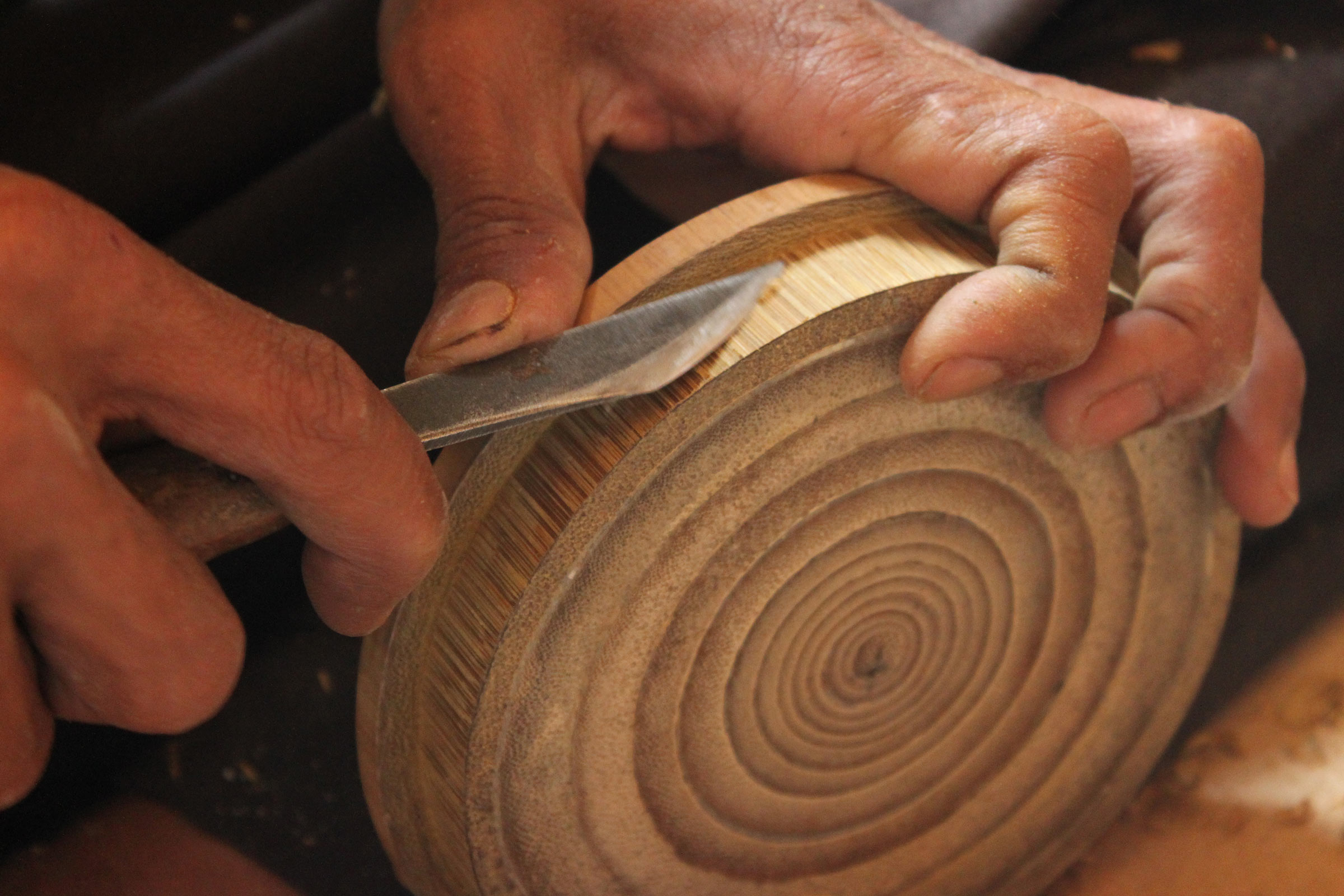 My first month in the jungle was crucial for many reasons, not least of which was the chance introduction to John Hardy who, with his wife Cynthia, had recently founded Green School. Watch our first project together, his inaugural TED Talk... My Green School Dream

If there's a key to living a fulfilling life it's to not stop learning. It seems the older we get the greater the urgency there is to learn, especially when it comes to ourselves. Whether it's putting into check our irrational fears, reviving ancient crafts or trying something entirely new, it's worth taking a little time out of every day to learn more. 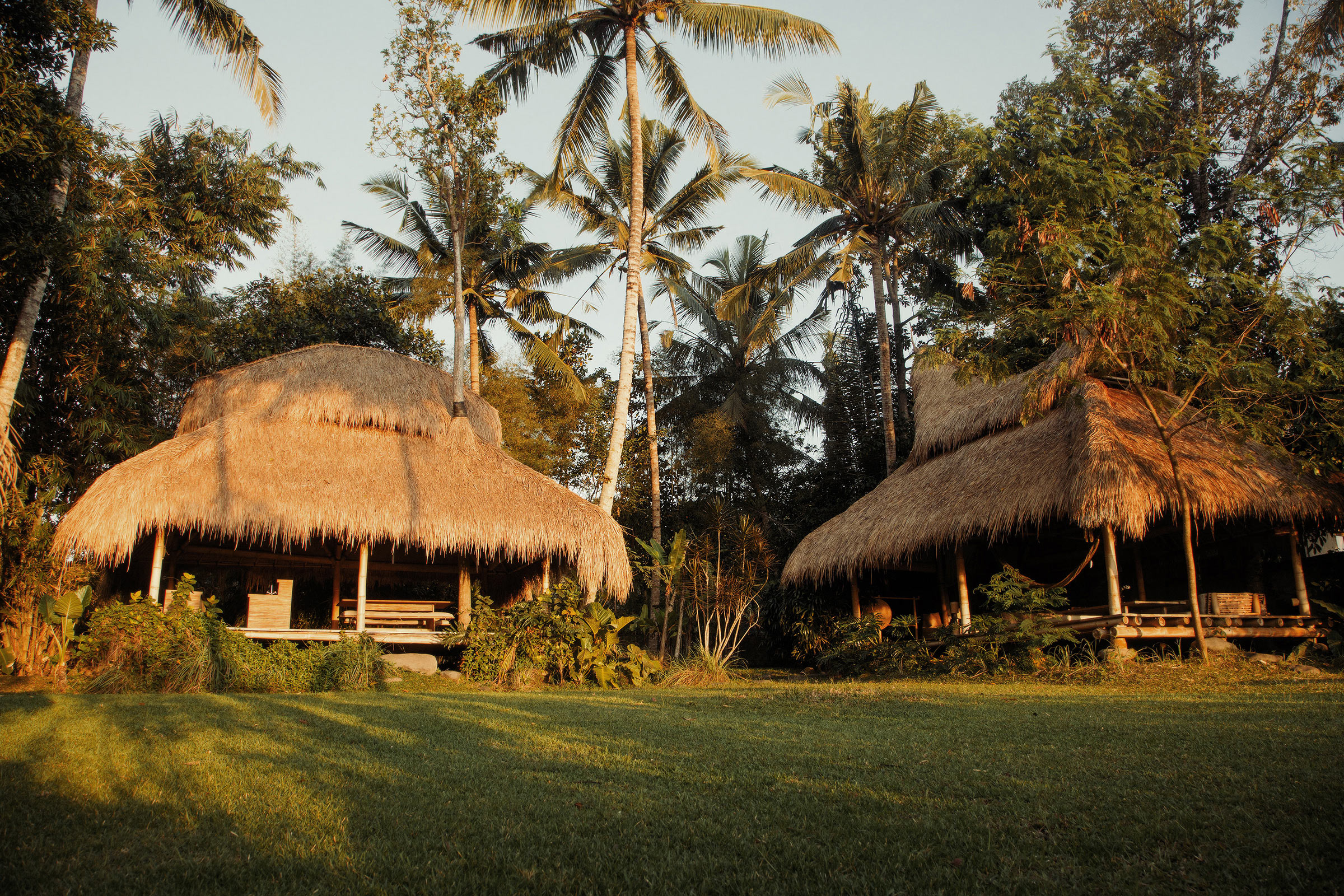 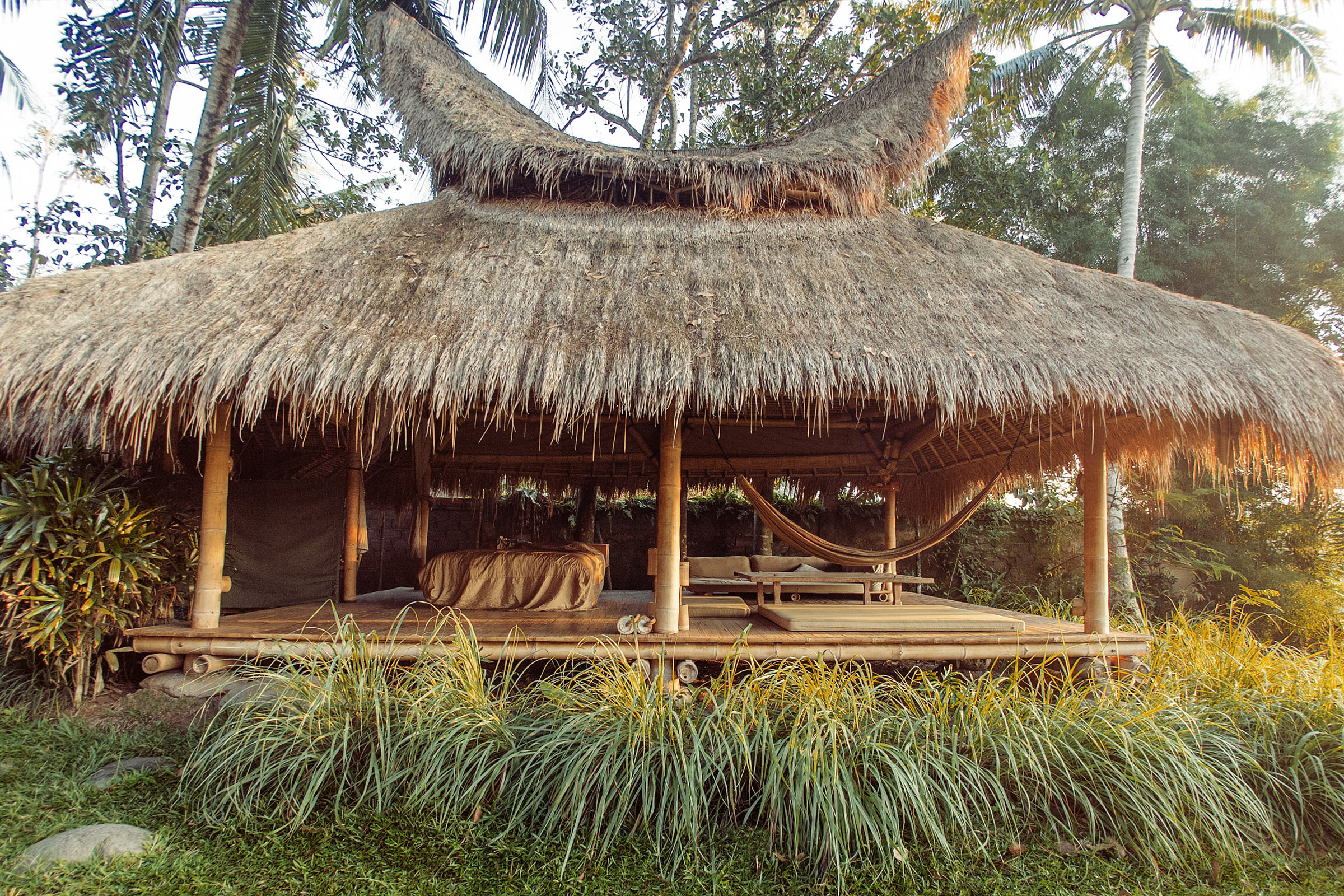 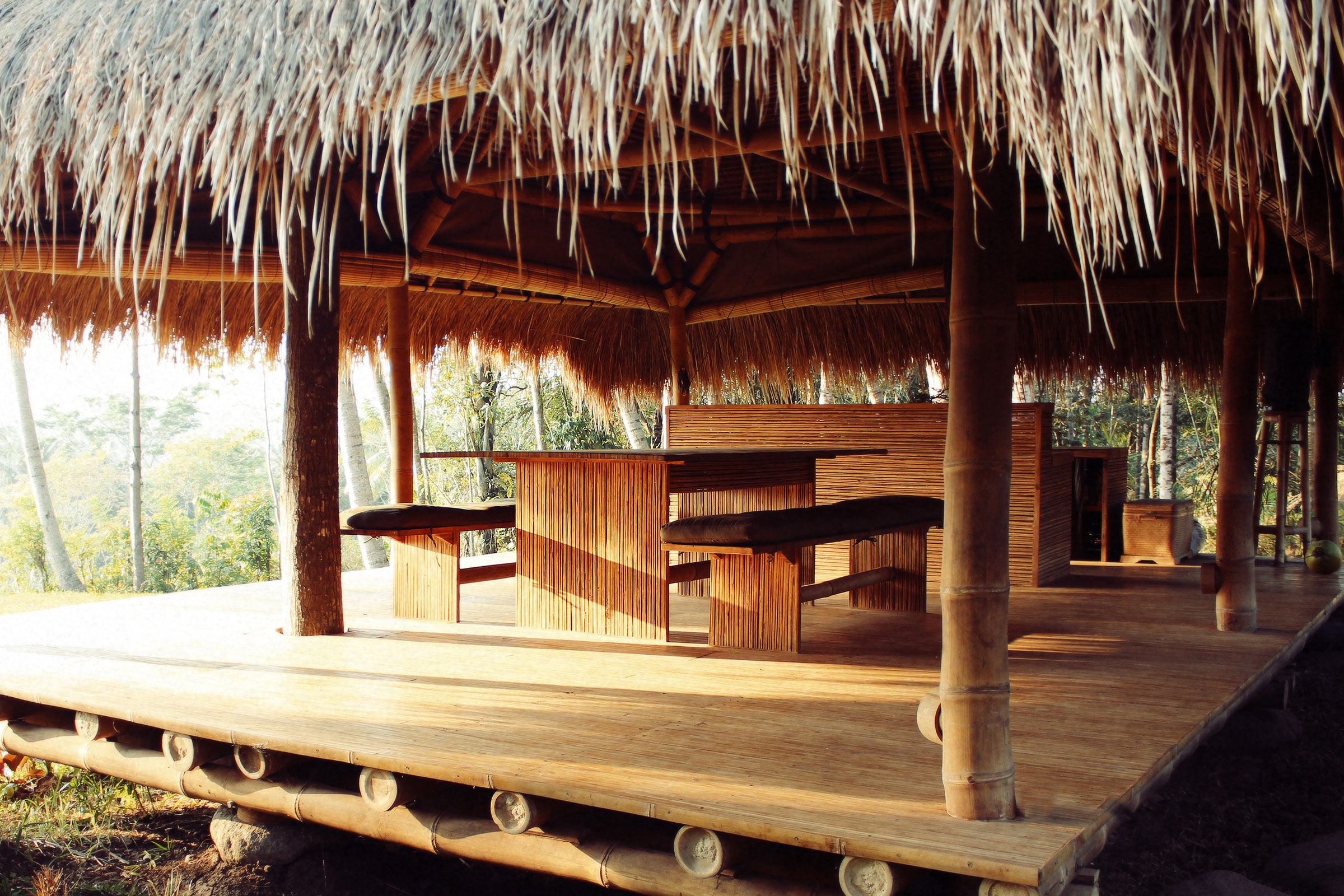 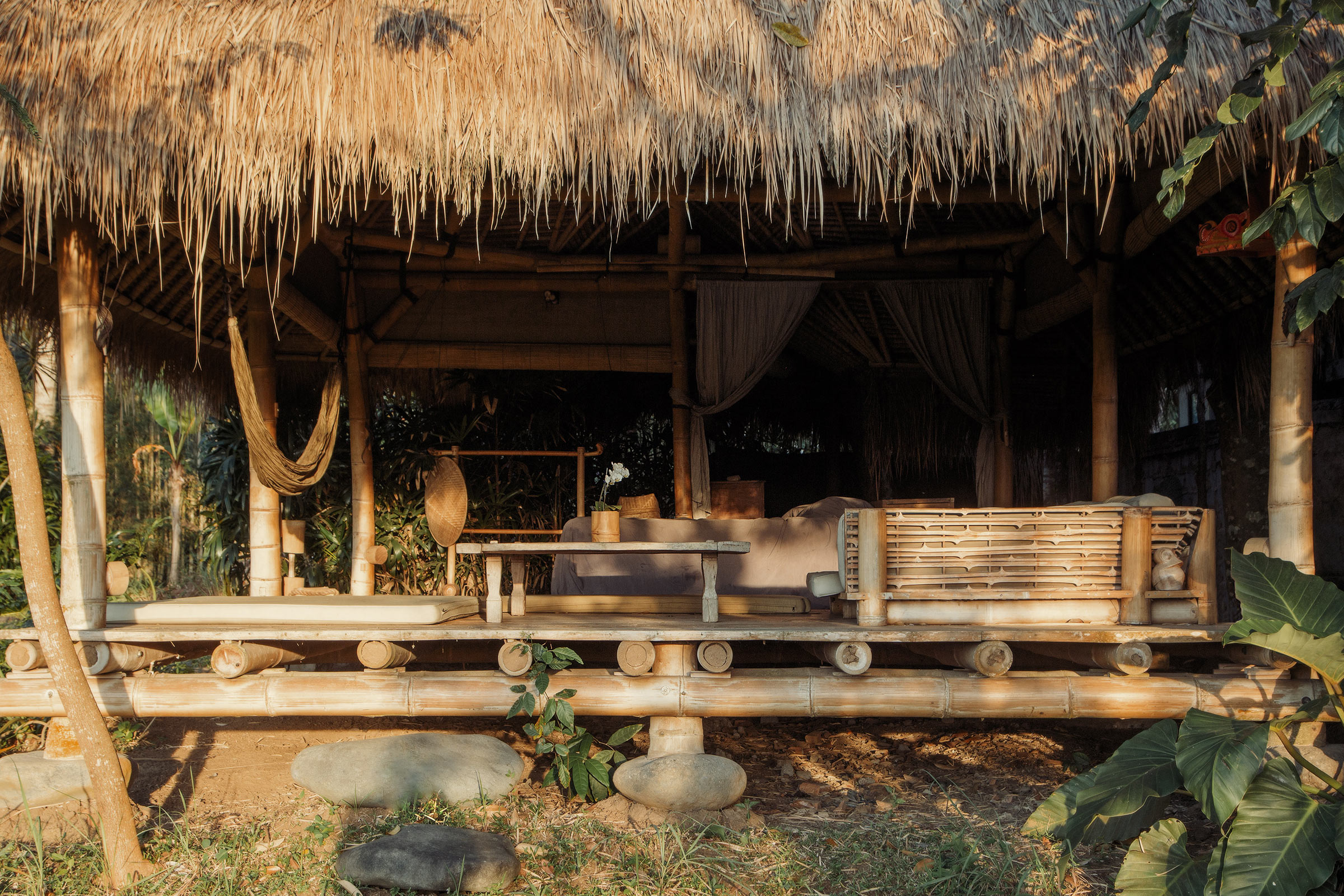 The first big decision was choosing to live in the trees instead of the concrete ...so I built Bonzu. More than just a home, it is an attempt to challenge and reassess what can be considered high quality contemporary living. An effort to be as close as possible with nature without removing any of life's luxuries.

Bonzu has hot and cold running water and electricity yet the structures have no walls, doors or windows. This was the first major amendment from my original designs and it has been the most exciting because the only way to realise this and still feel comfortable in terms of security was to remove ‘stuff’ from daily life – no paintings, no ornament, nothing extraneous or without practical purpose and nothing that can’t easily and cheaply be replaced or repaired. It also greatly helps being amongst a trusting, strong, local village community.

Above all, after years of living in Bonzu, the removal of most of my previous life's possessions has brought a tremendous sense of freedom. 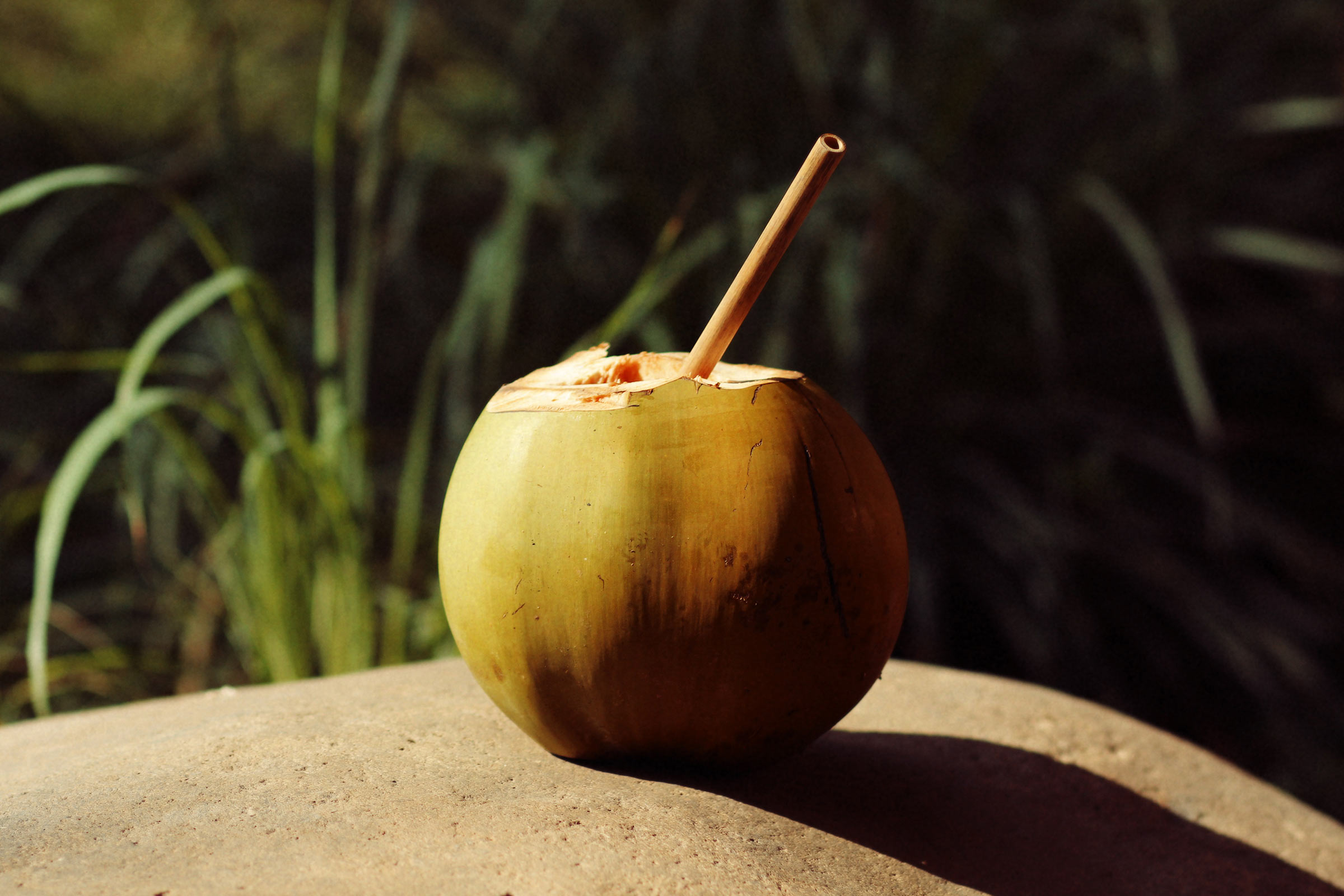 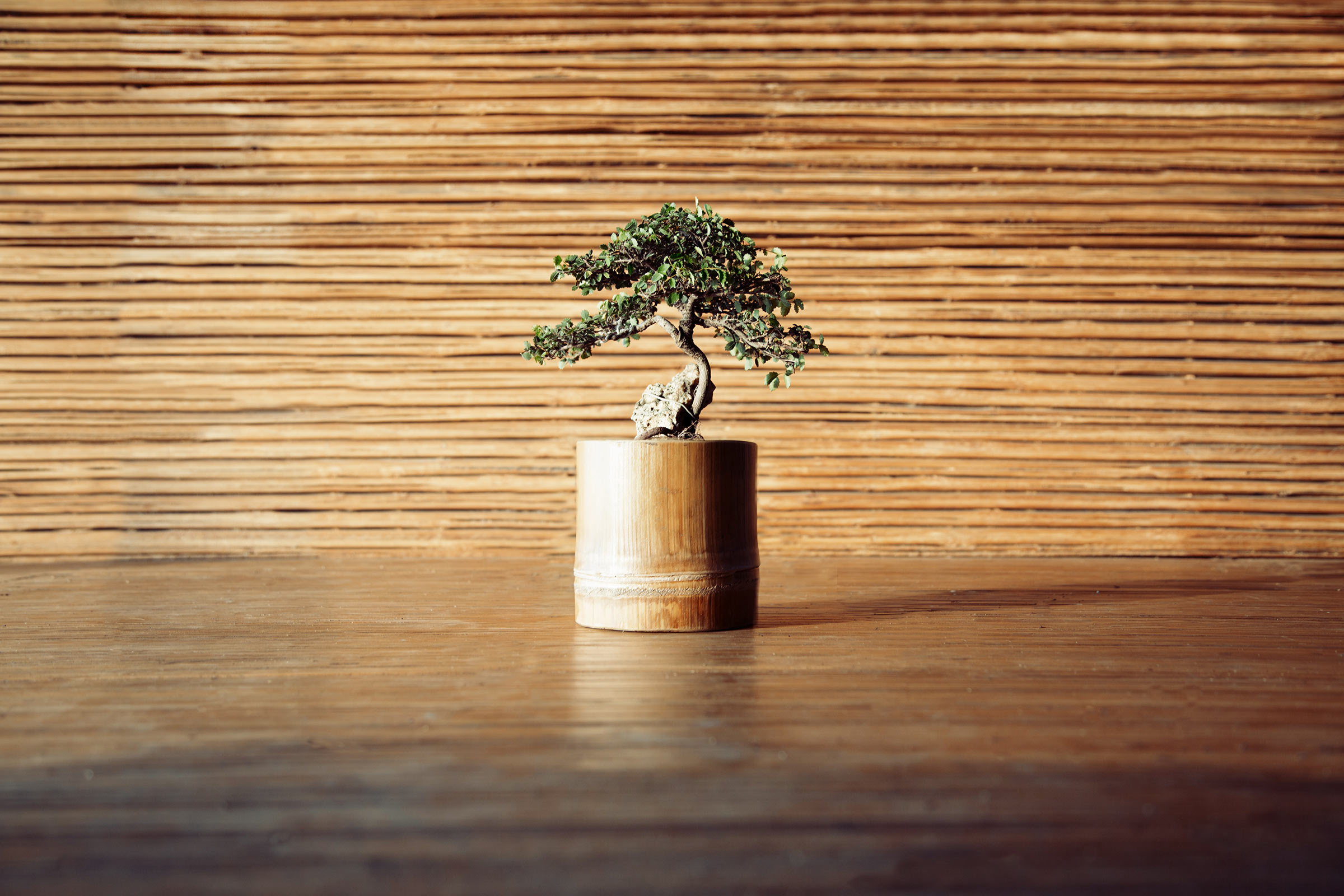 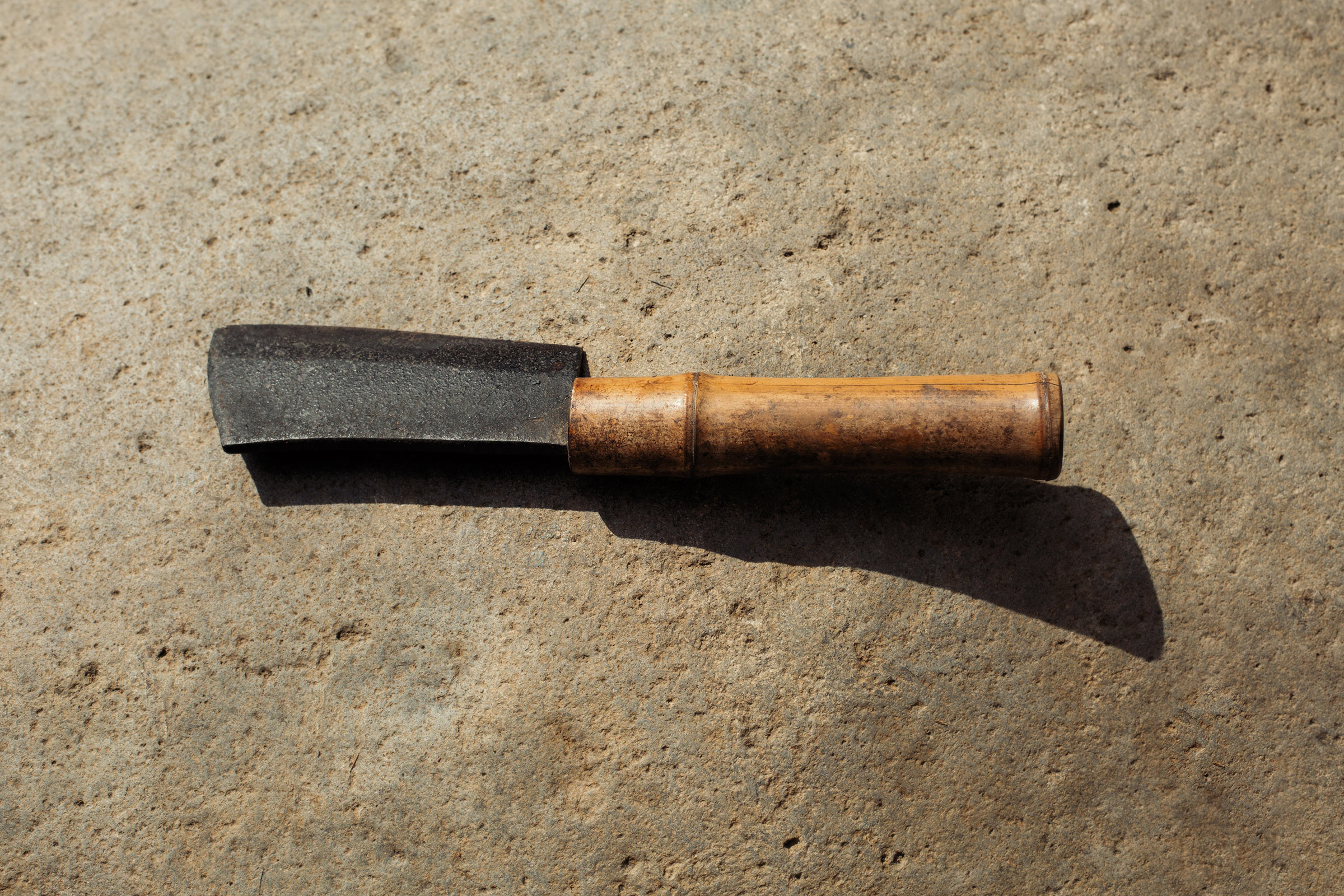 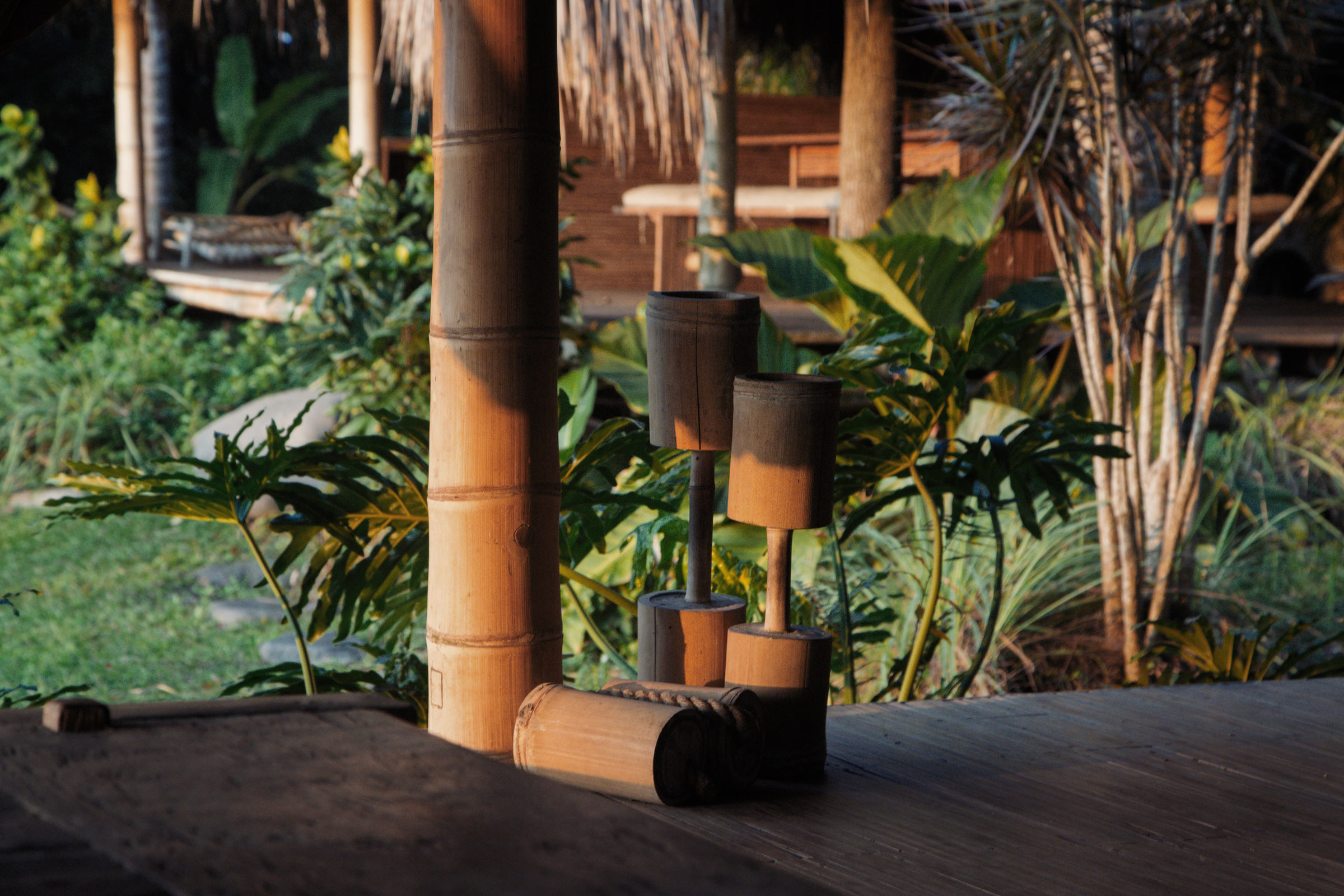 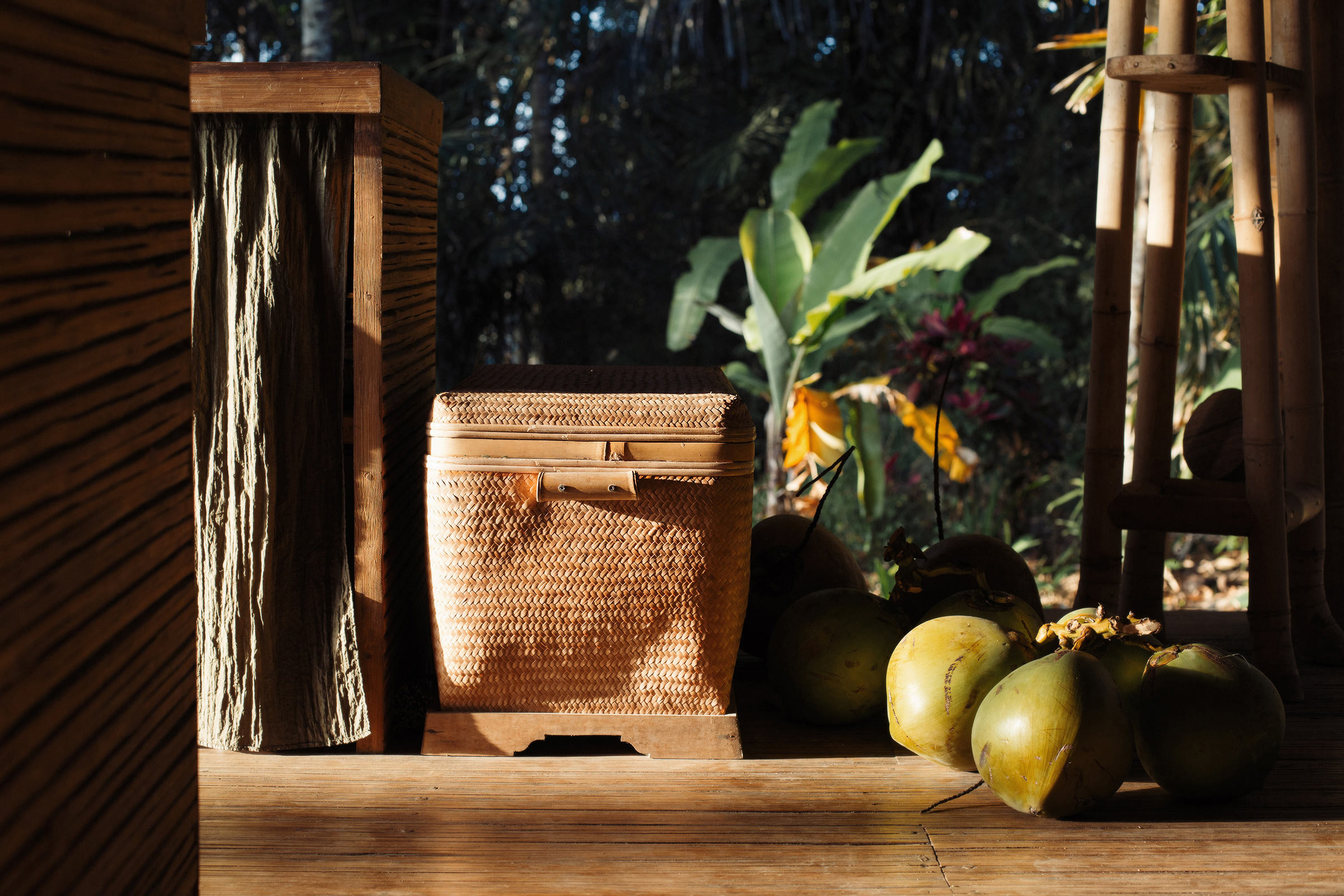 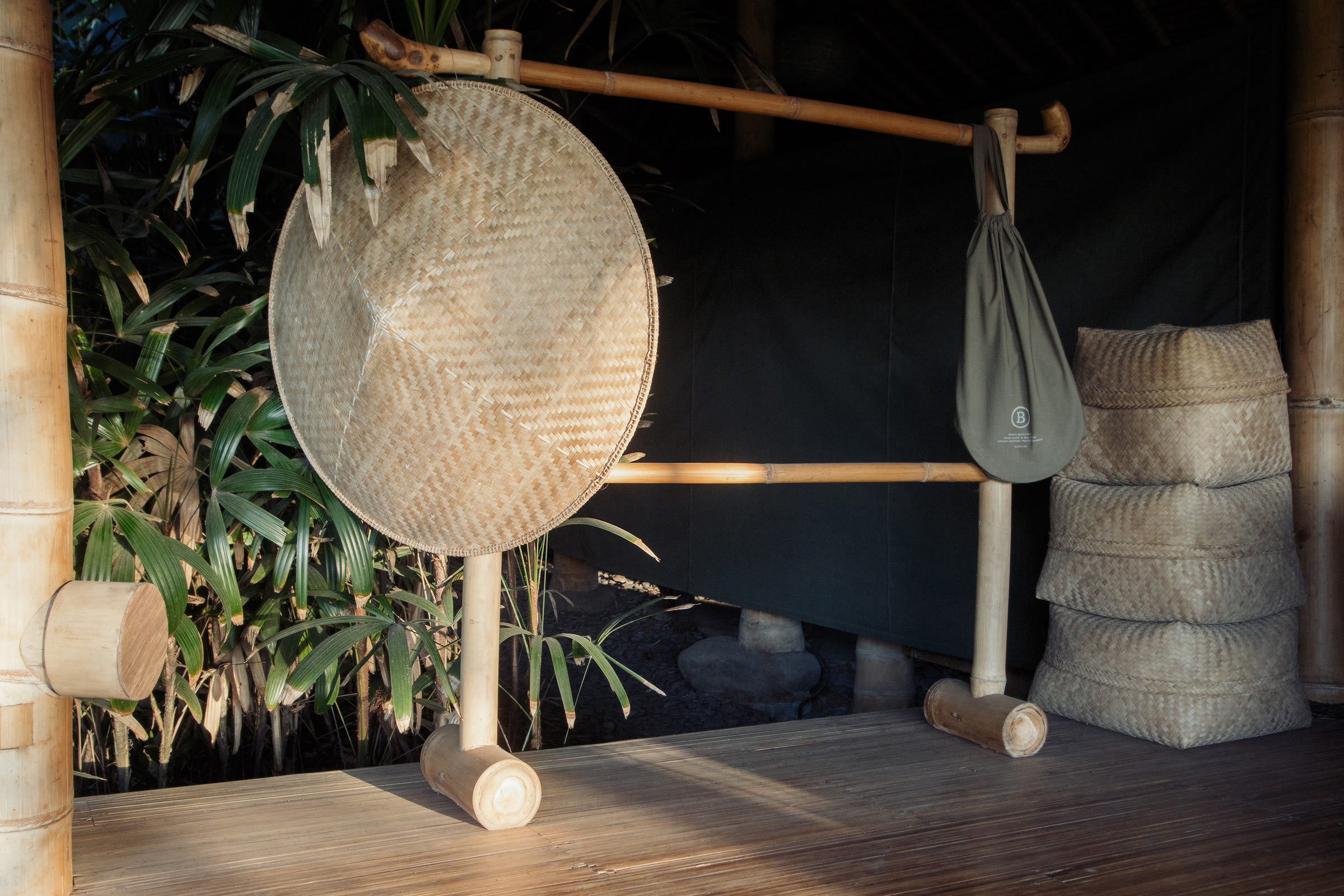 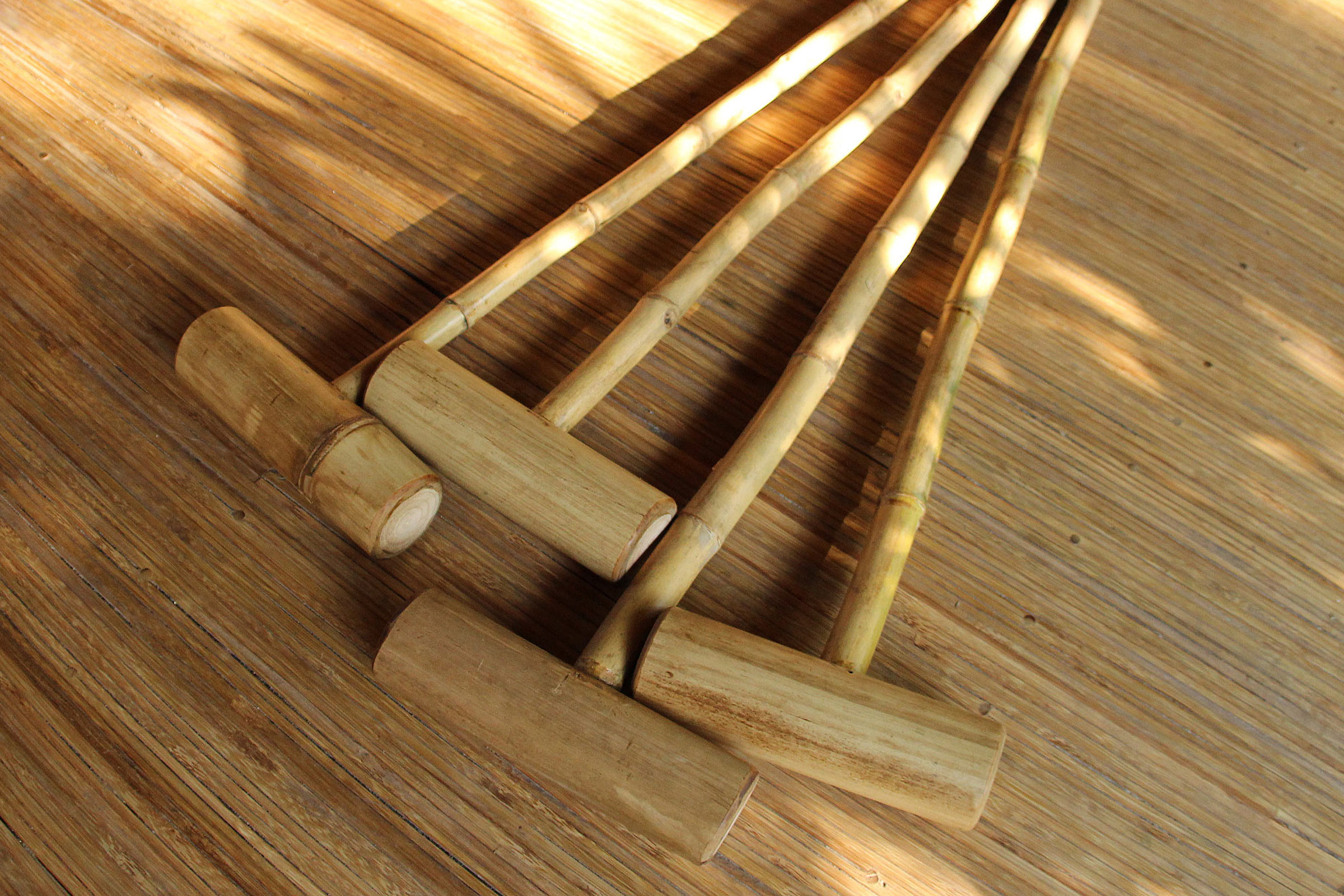 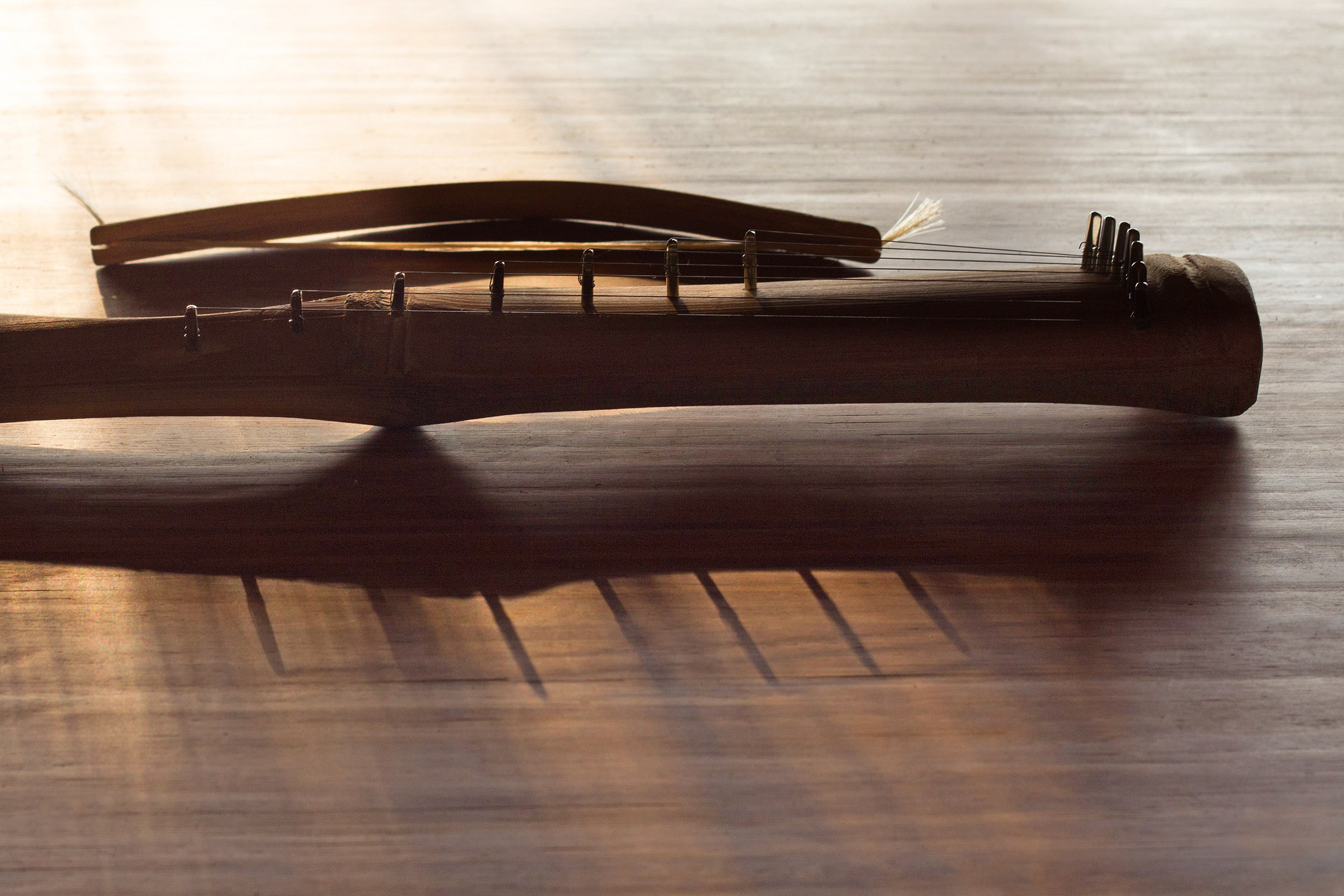 Our planet retains a vast trove of natural resources that can allow us to design a sustainable life. The trick is to think local. Indigenous crops and raw materials are more likely to be reliable, easier to source and replenish and locals who still live off the land will likely have plenty of historical knowledge and experience with them. One of my favourites here is bamboo.

Having not really considered bamboo in my urban upbringing much beyond a cheap material for chopsticks, it came as an eye-opener to see it used in the tropics for products of all shapes and sizes, from toothpicks to fabrics, bridges and homes. But the real turning point came with that first visit to Green School and the love affair with this wondergrass really started.

Aside from the structures and furniture at Bonzu, I have used bamboo for a wide variety of items around the house - from straws to flower pots, knife handles to coolbox covers, a croquet set, my jungle gym and even musical instruments. None of them require a degree in rocket science to design or produce and that's really the point. Bamboo is simple, ergonomic, aesthetically pleasing, soft enough to be worked with a small knife yet strong enough to support a roof. It is also cheap, it grows incredibly quickly and there are more than a thousand different varieties that grow globally. 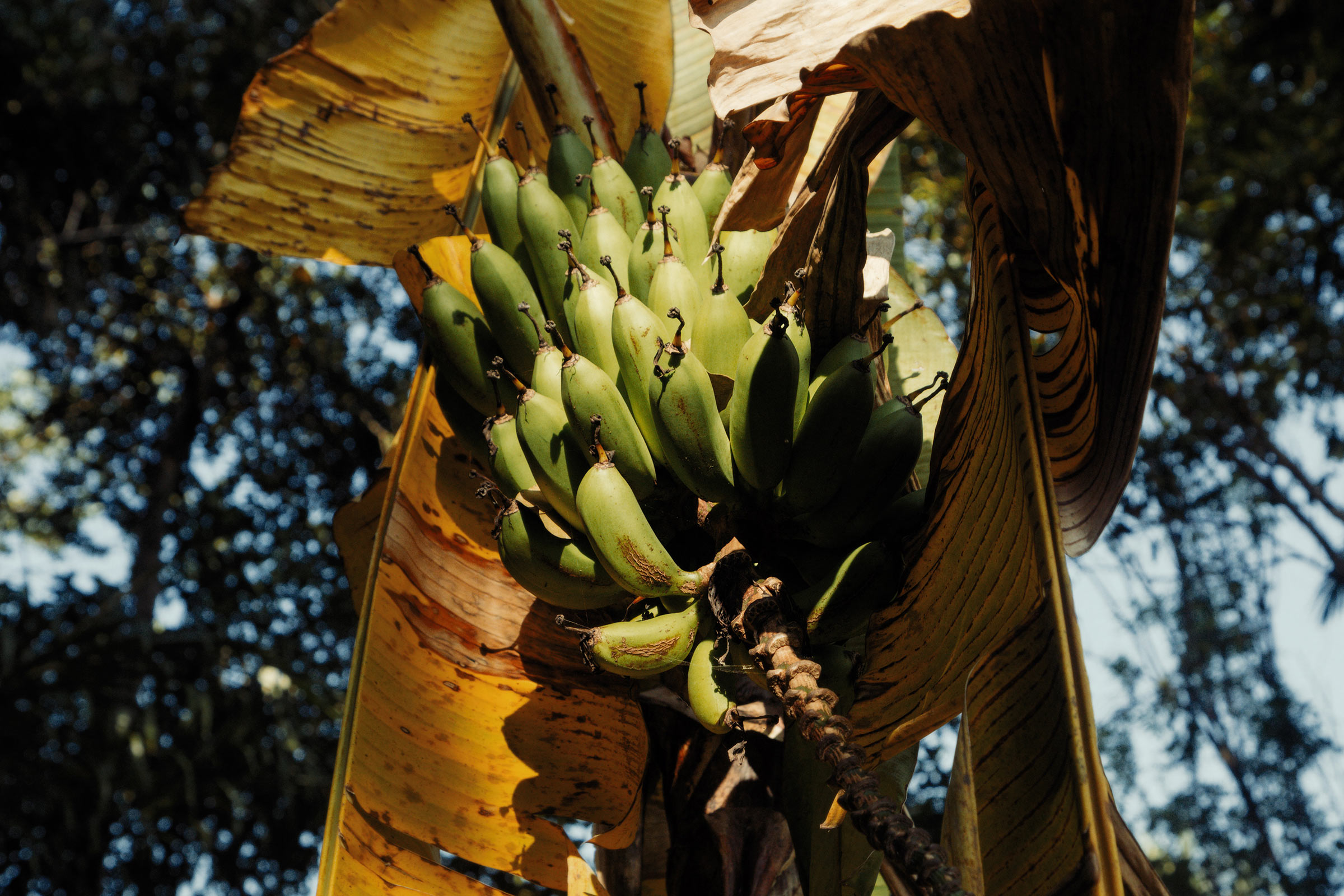 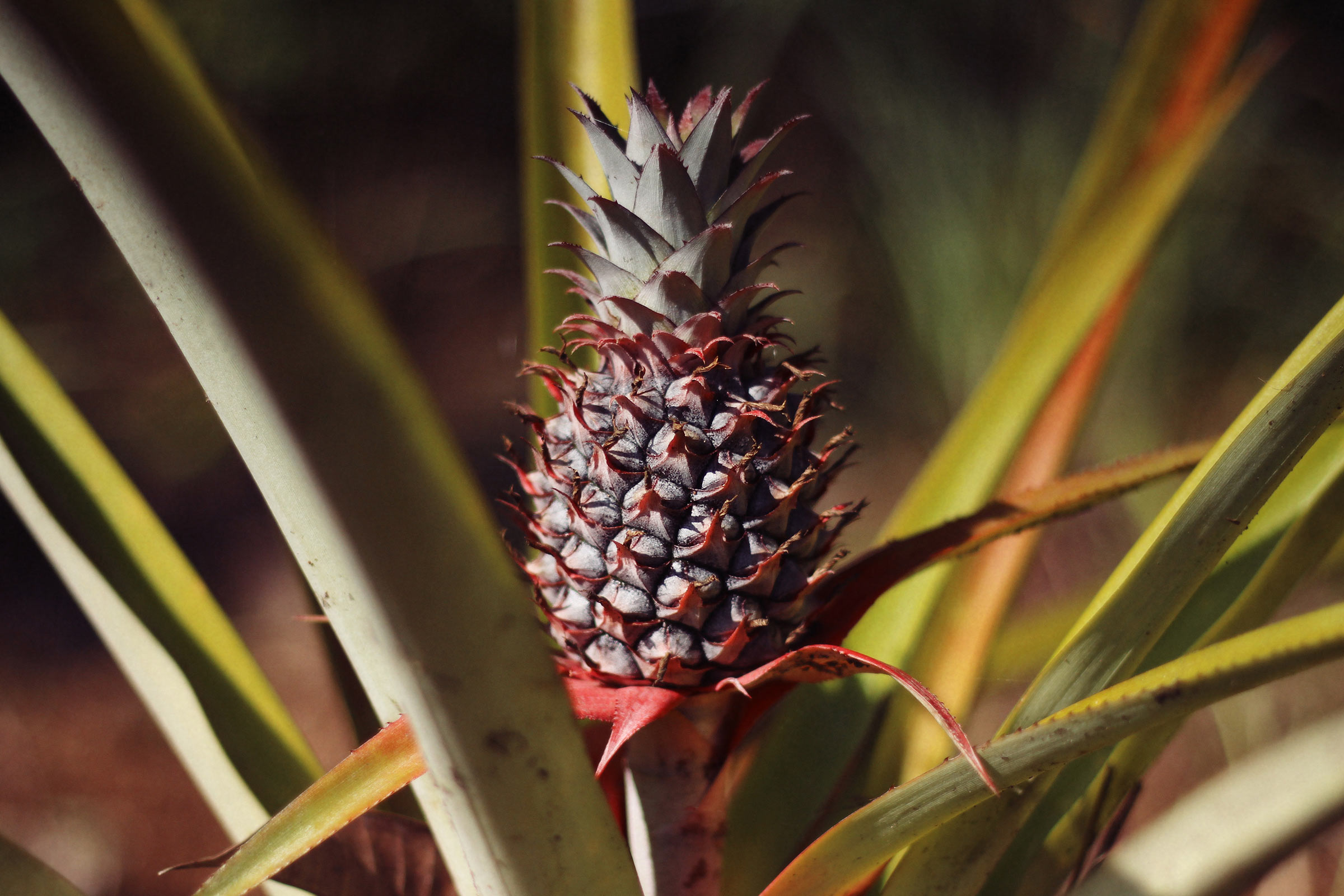 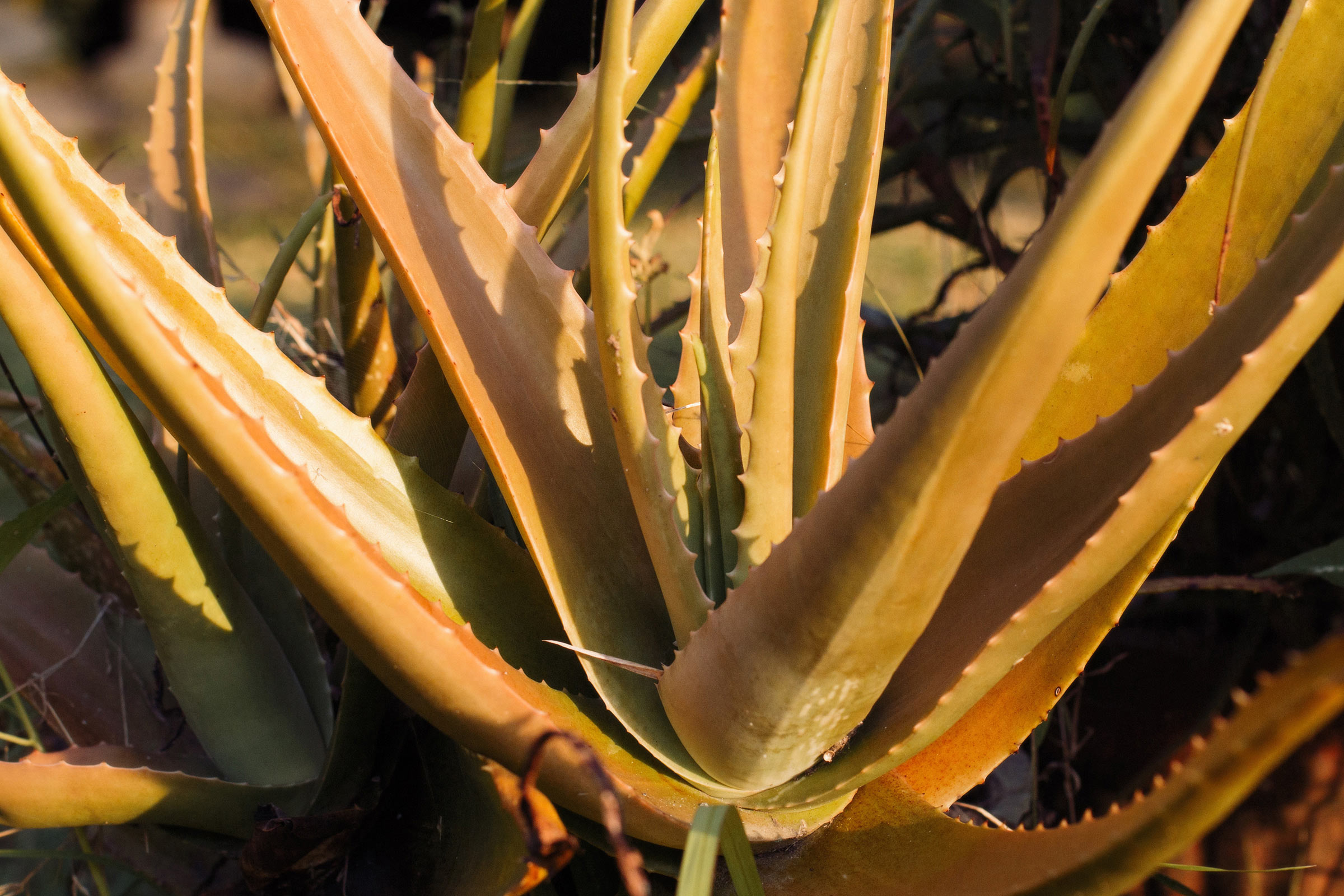 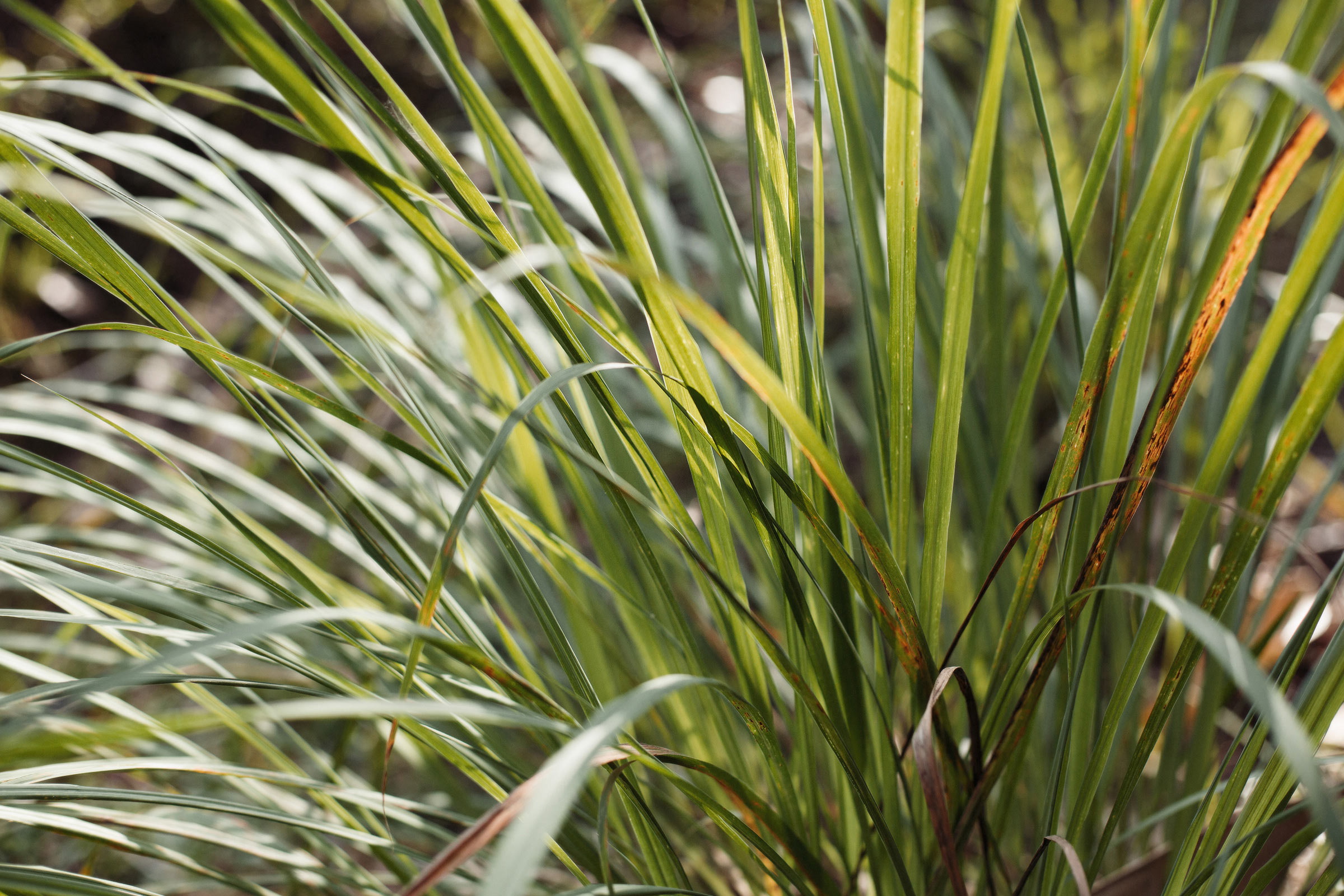 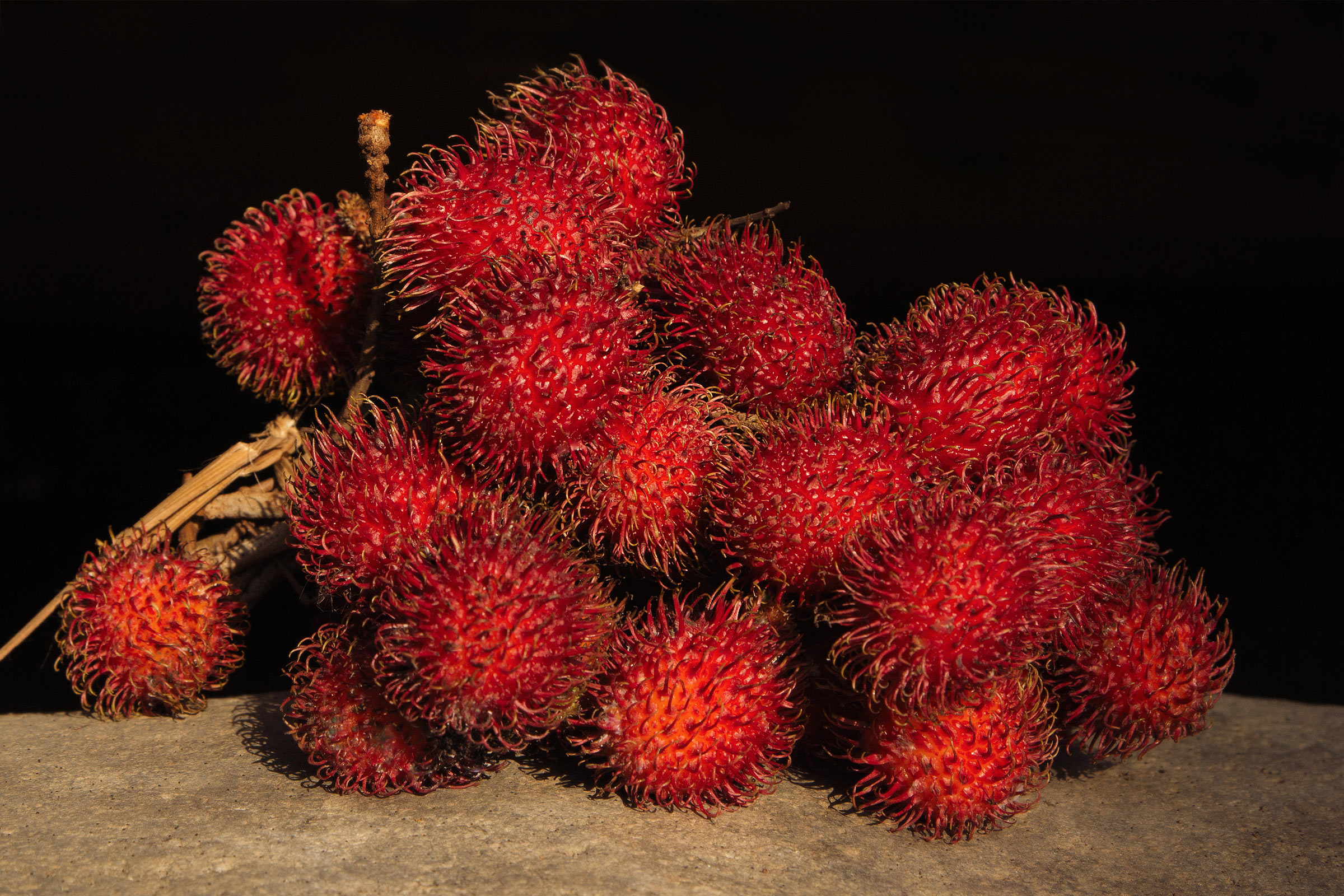 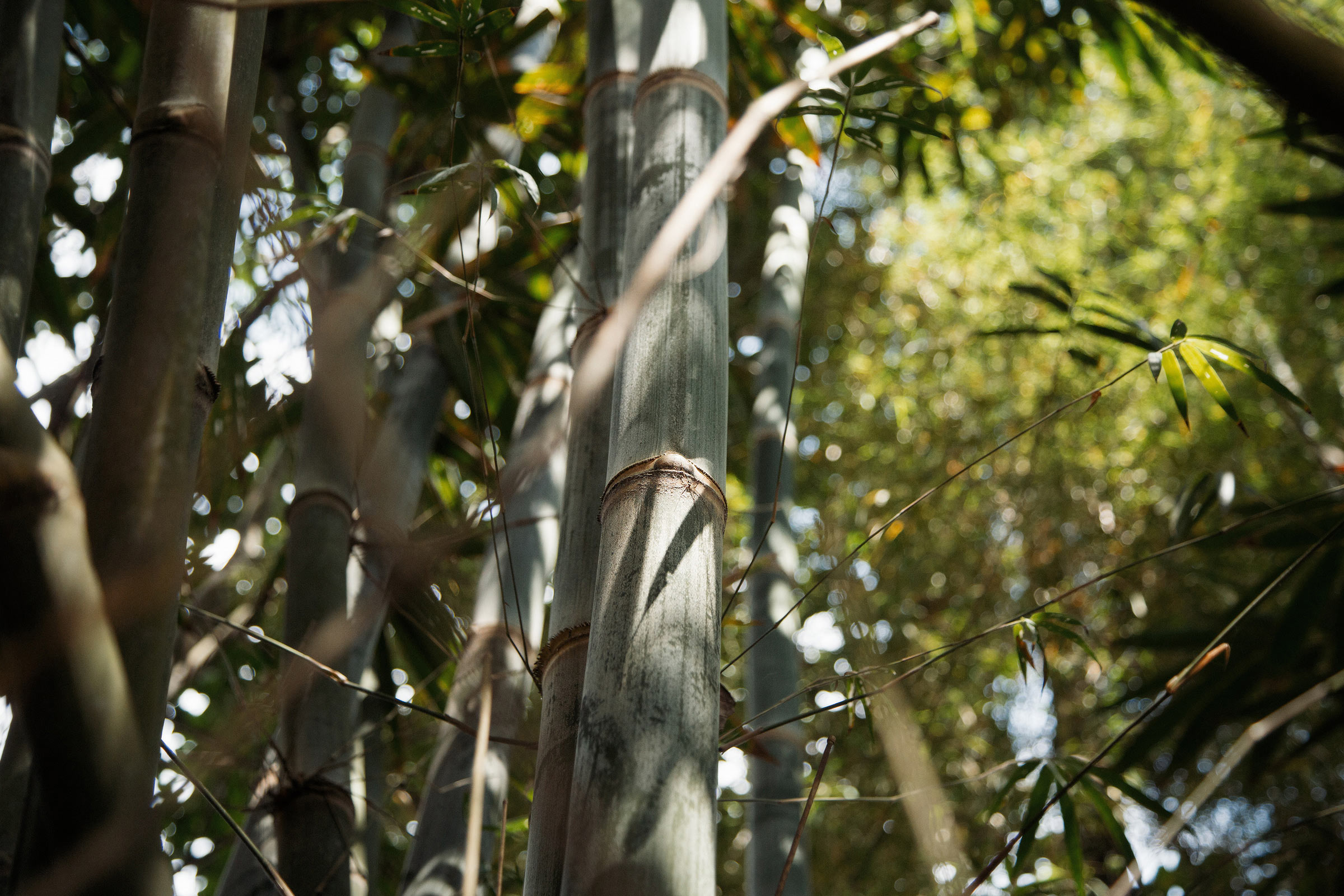 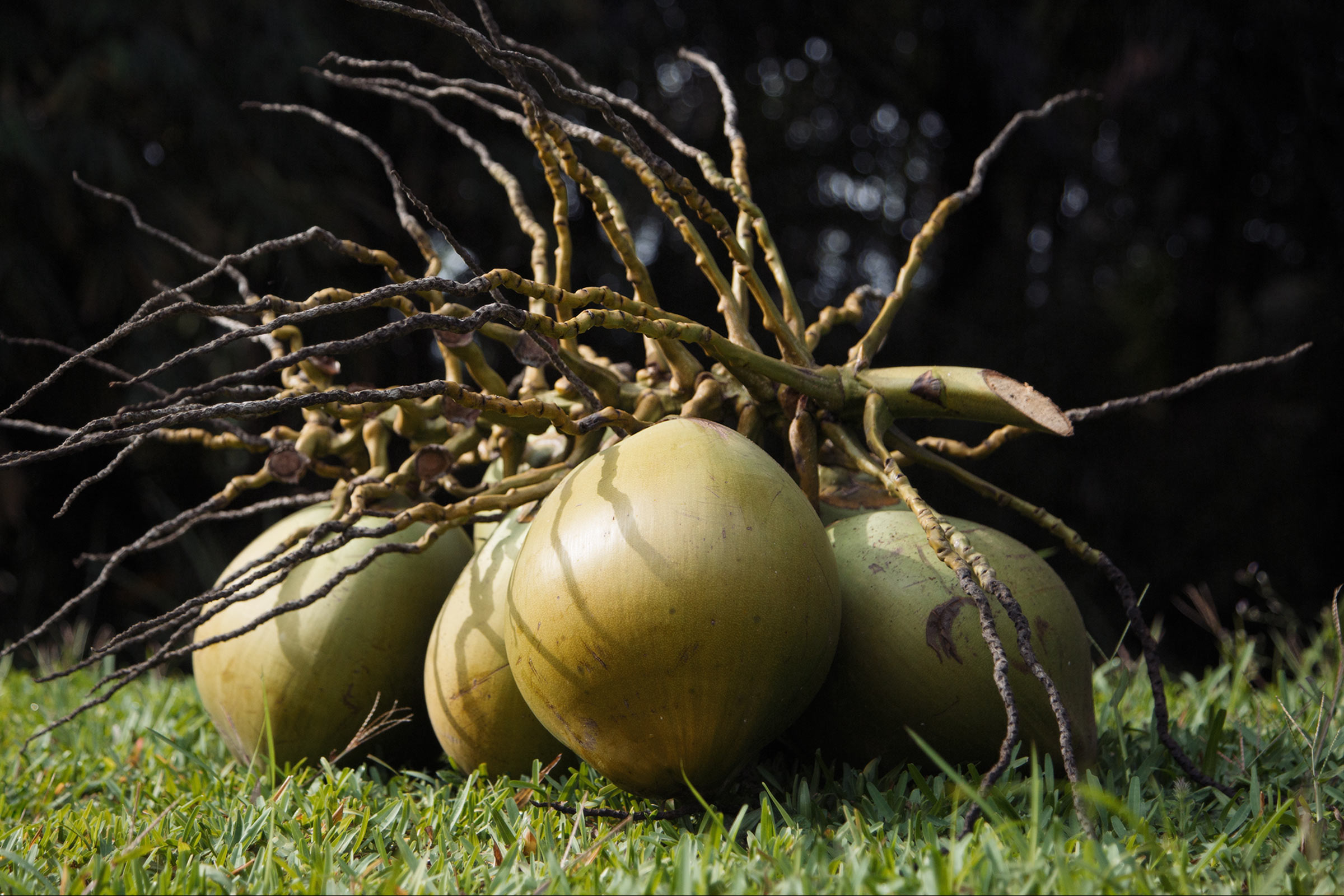 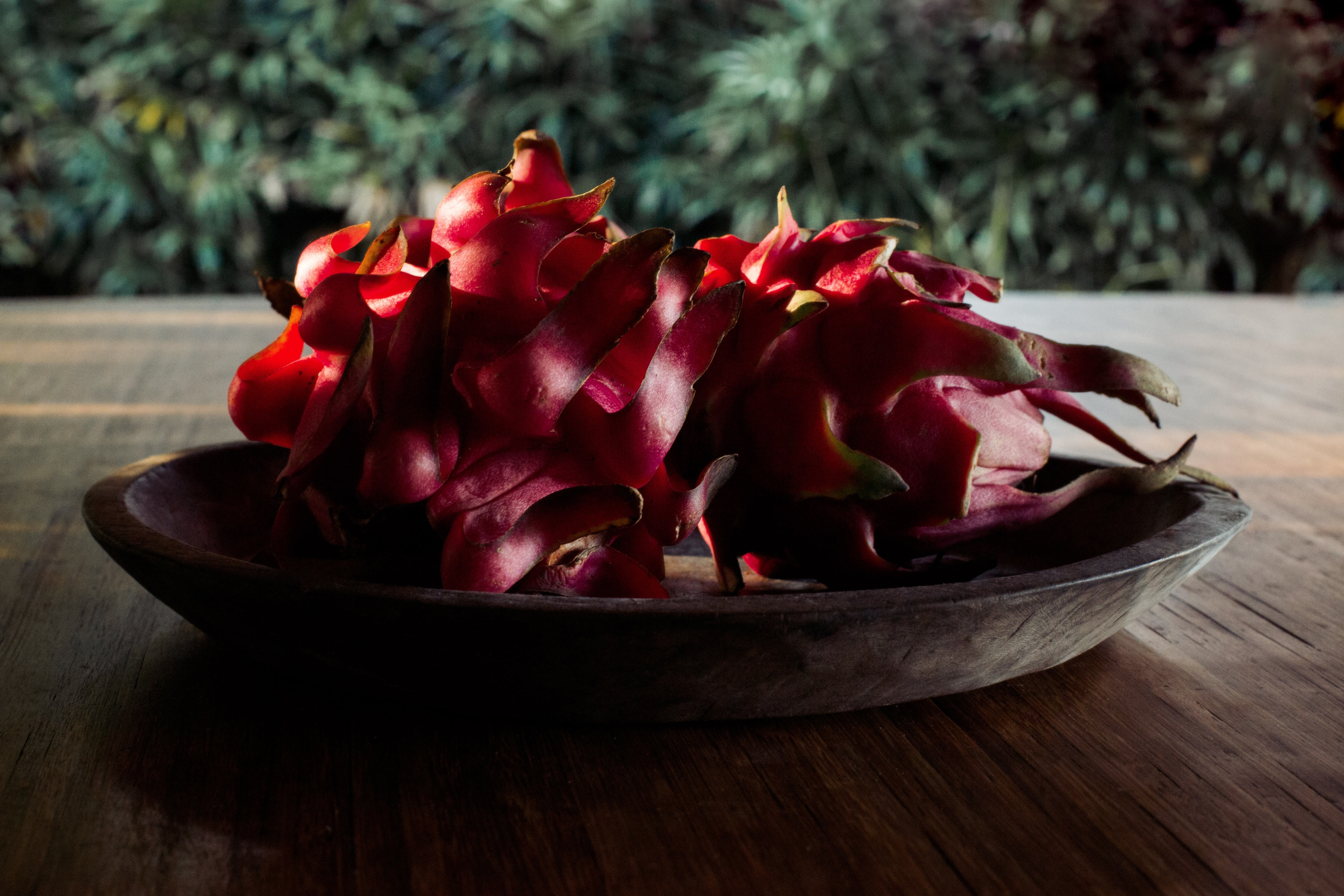 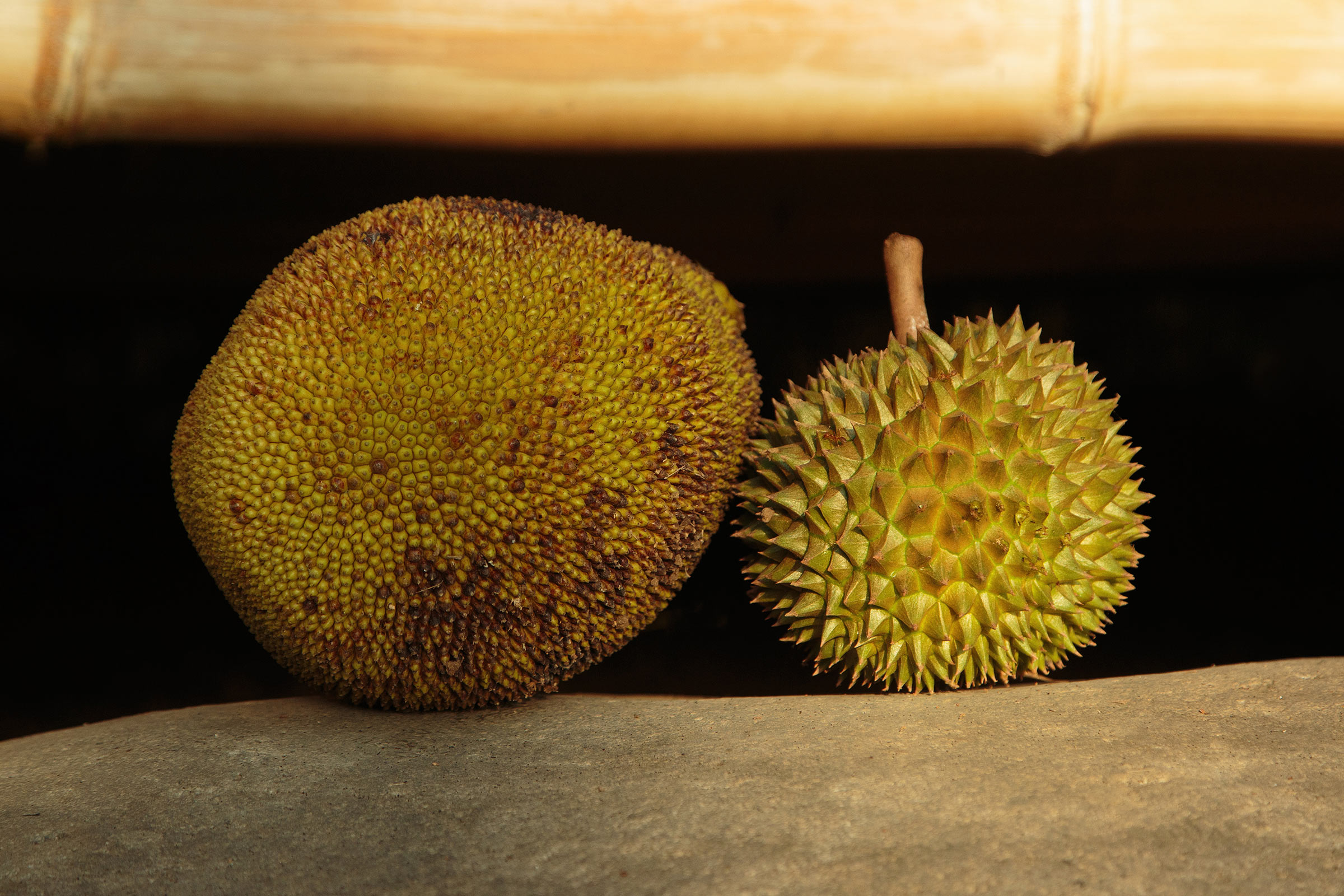 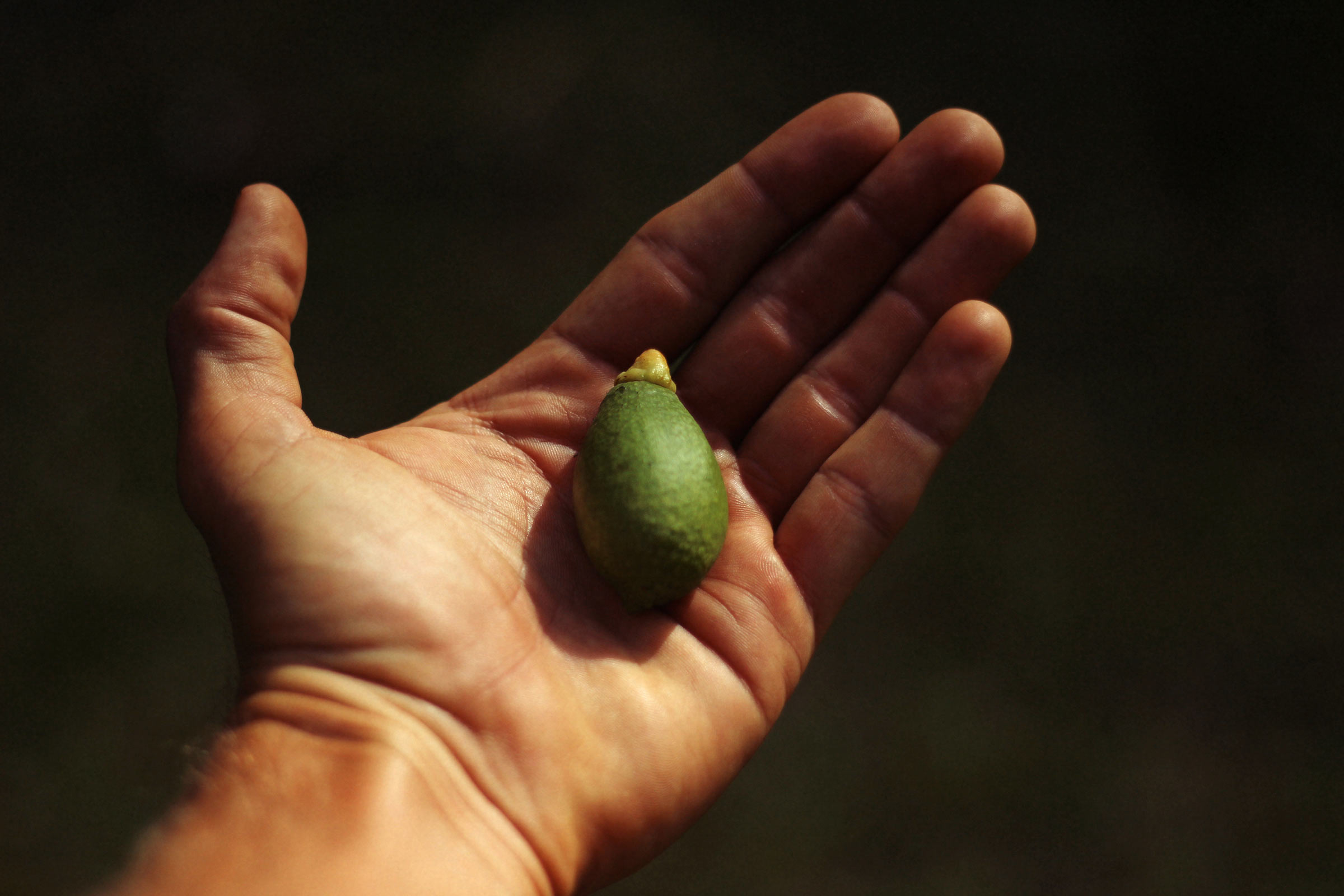 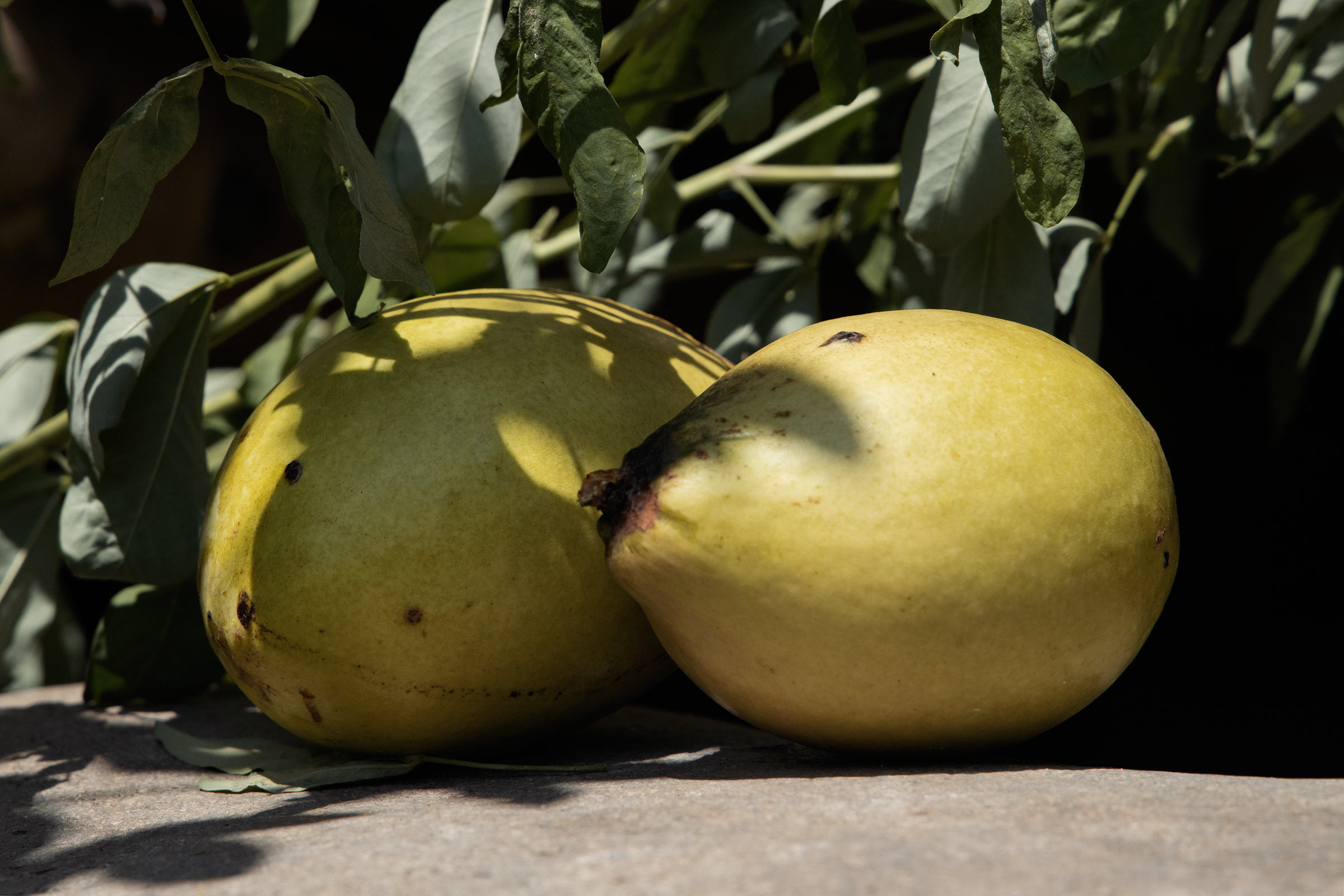 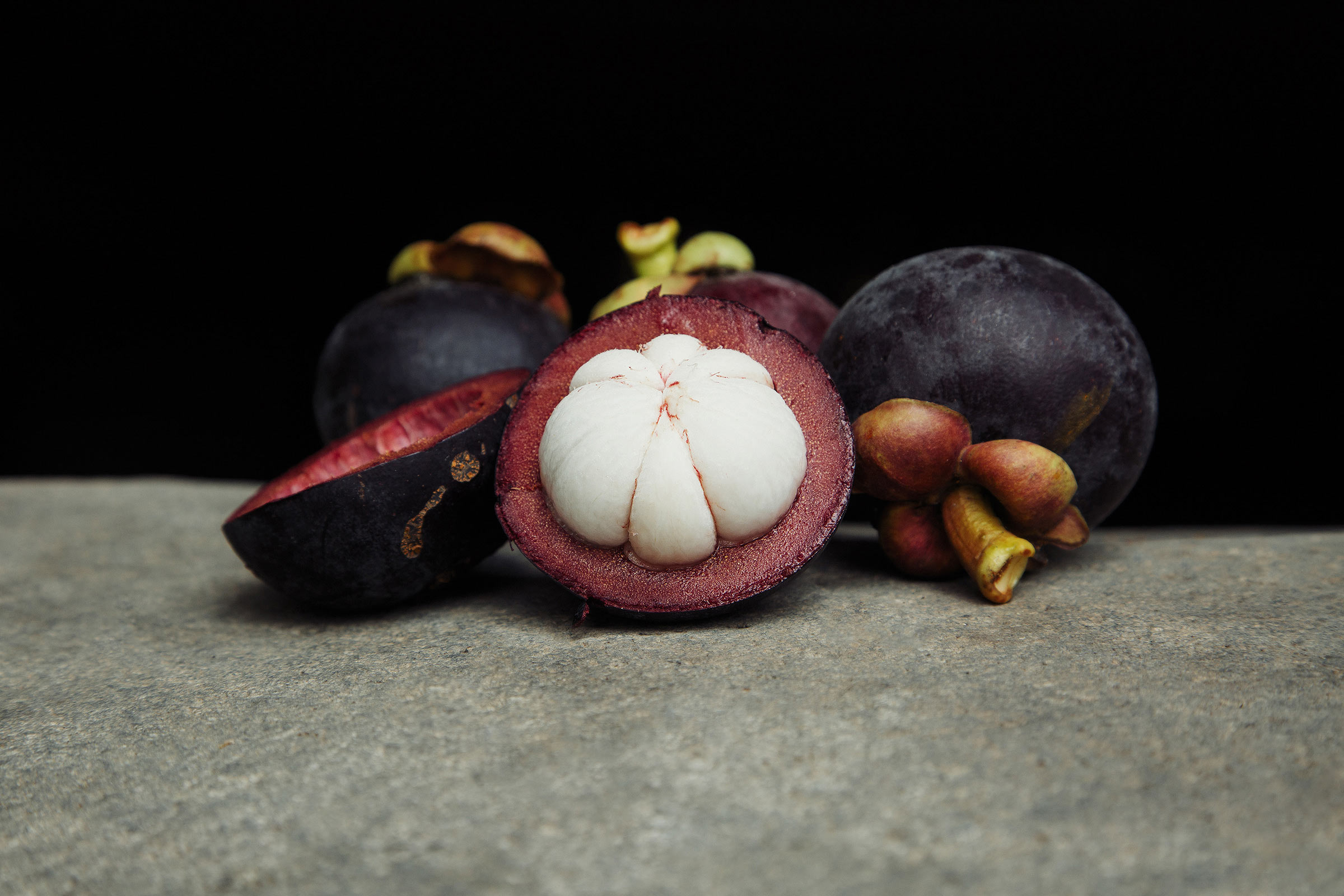 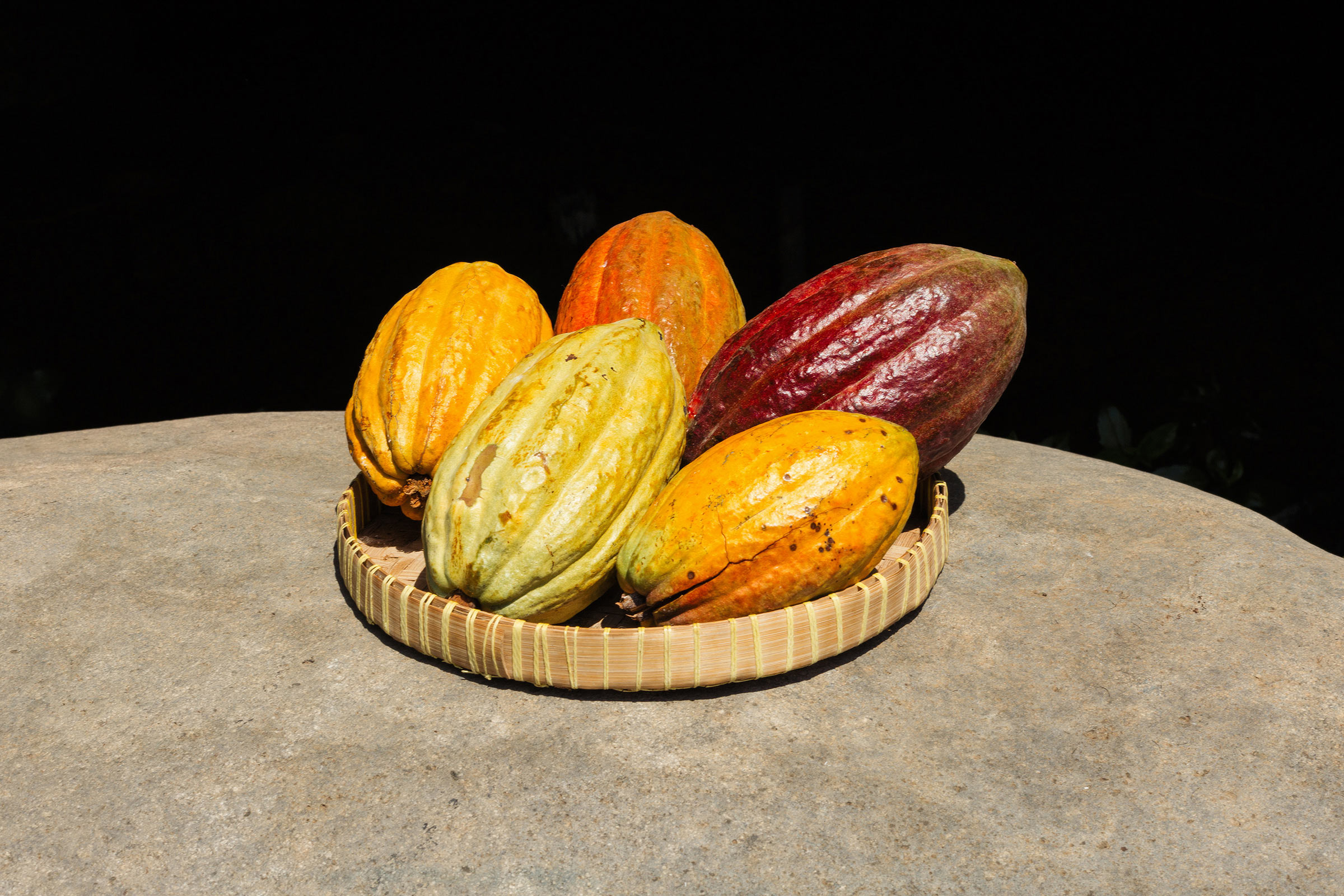 Prior to moving to the jungle, the only thing I had grown was a pot of watercress on a windowsill as a child. There was much to learn but with the right guidance from friends and neighbours and following the principles of permaculture my garden was soon providing a steady and varied crop.

Bonzu now has a large garden teeming with fruits and vegetables producing  Bamboo, Coconuts, Papaya, Durian, Jackfruit, Bananas, Pineapples, Chilli, Paprika, Avocados, Mangosteen, Lemongrass, Ginger, Turmeric, Ginseng, Aloe Vera and Cacao among others. Experimenting with what might grow and experiencing their incredible lifecycles has proved one of the most fulfilling endeavours to date. If you don't grow, you don't know. 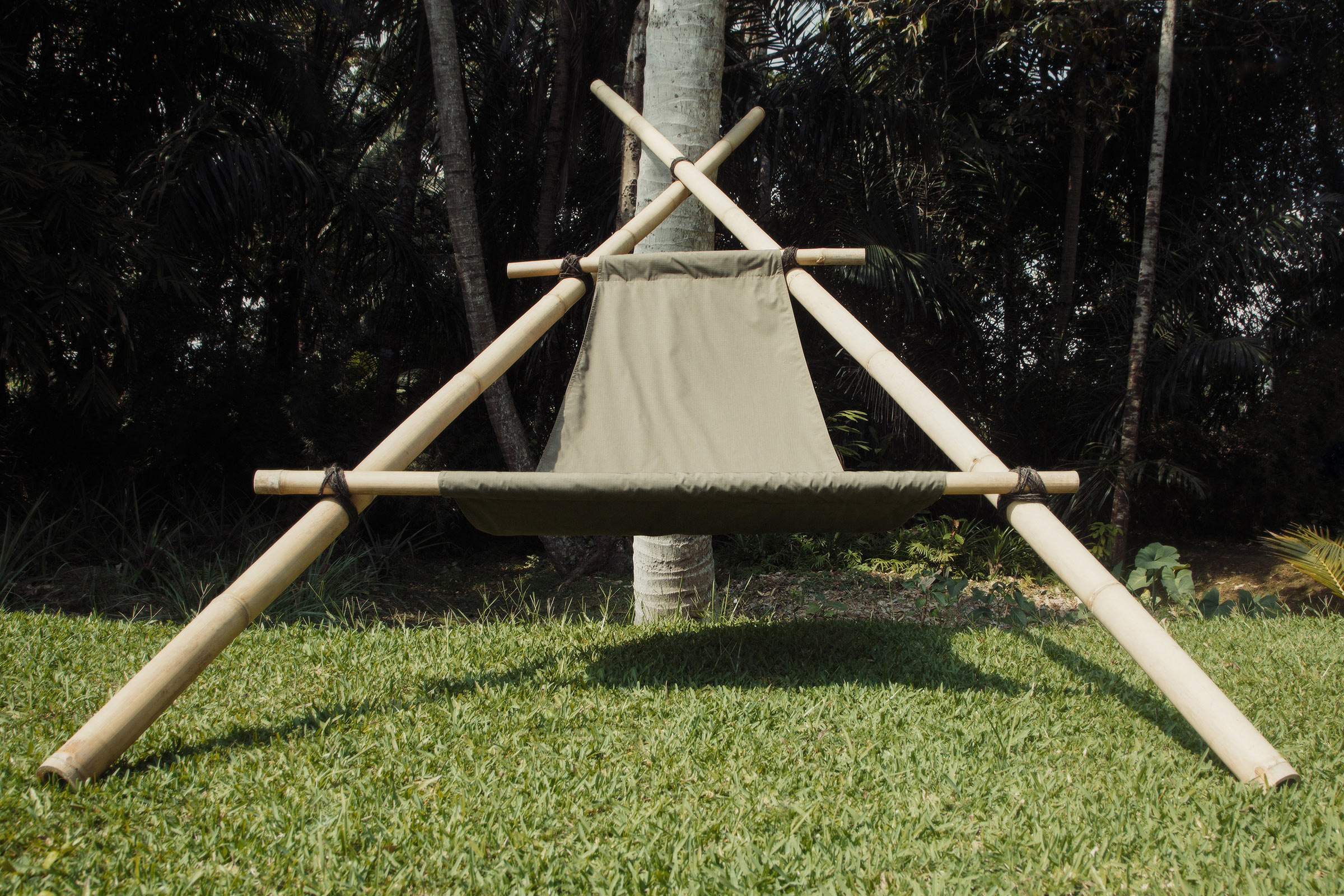 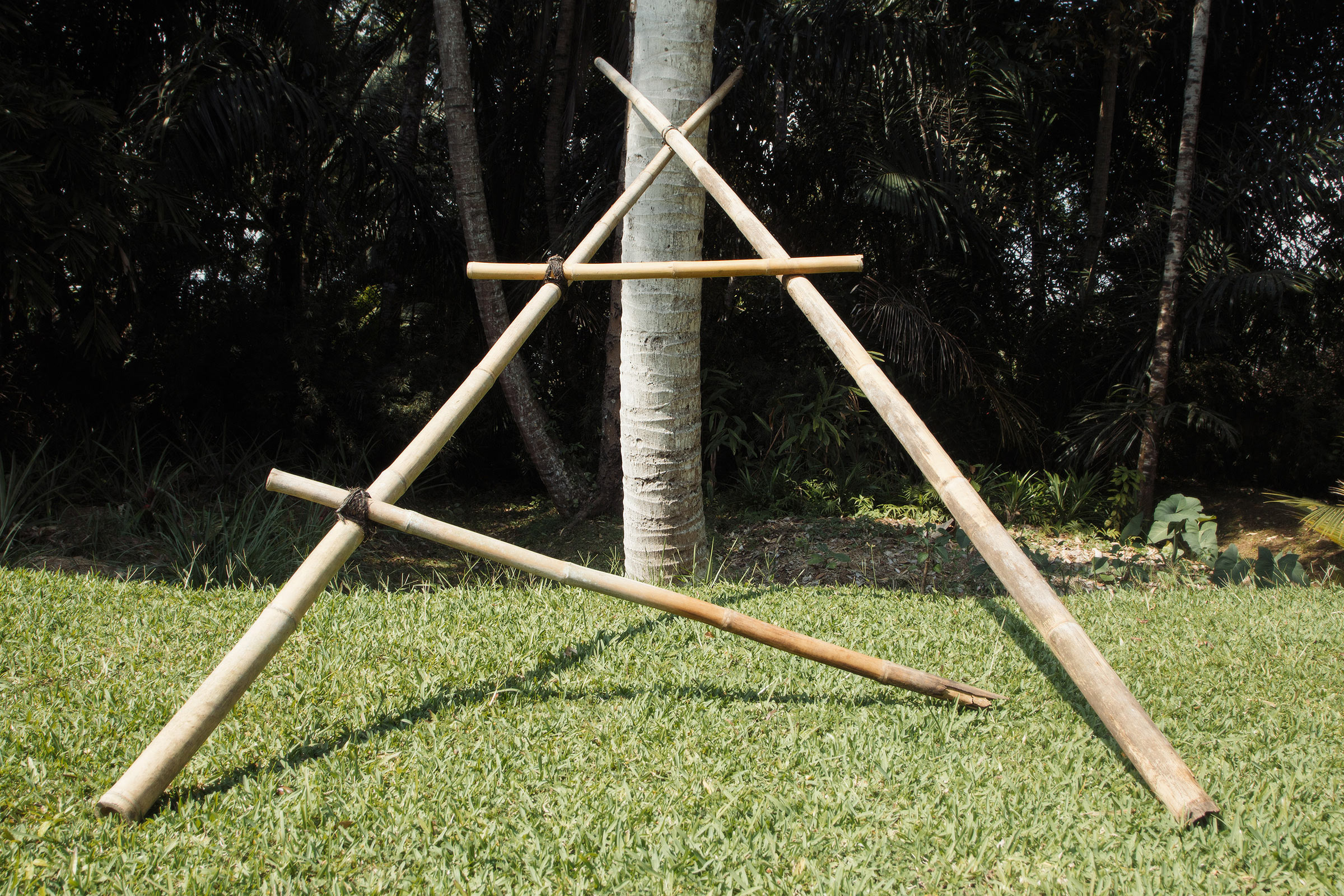 In a land regularly struck by earthquakes, volcanic eruptions and what seems like an unending list of natural and manmade perils it has been prudent to wholeheartedly accept impermanence.

Having spent years designing and helping promote products that are pitched to last a lifetime or worse still, go out of fashion or be discarded after a single use, the jungle was soon able to correct this indoctrination. Nothing lives forever in the jungle - nothing is supposed to.
There is a reason it's called a lifecycle (birth, growth, death, re-birth). The beauty of the jungle is that lifecycle times are greatly reduced making the process more visible. This gets cradle-to-cradle design thinking pushed much higher up the list of priorities.

The images above are two of my A-frame deckchairs. With just two 'feet' it is to be lent against a choice of trees in the garden using their canopies for varying levels of shade. It was designed to be easily dismantled for storage or, longer term, so that the constituent parts could have a second life as another product or tool. However, it took only a few months before the first version was gobbled up by bugs and mould. Fortunately, the remnants are easily composted. 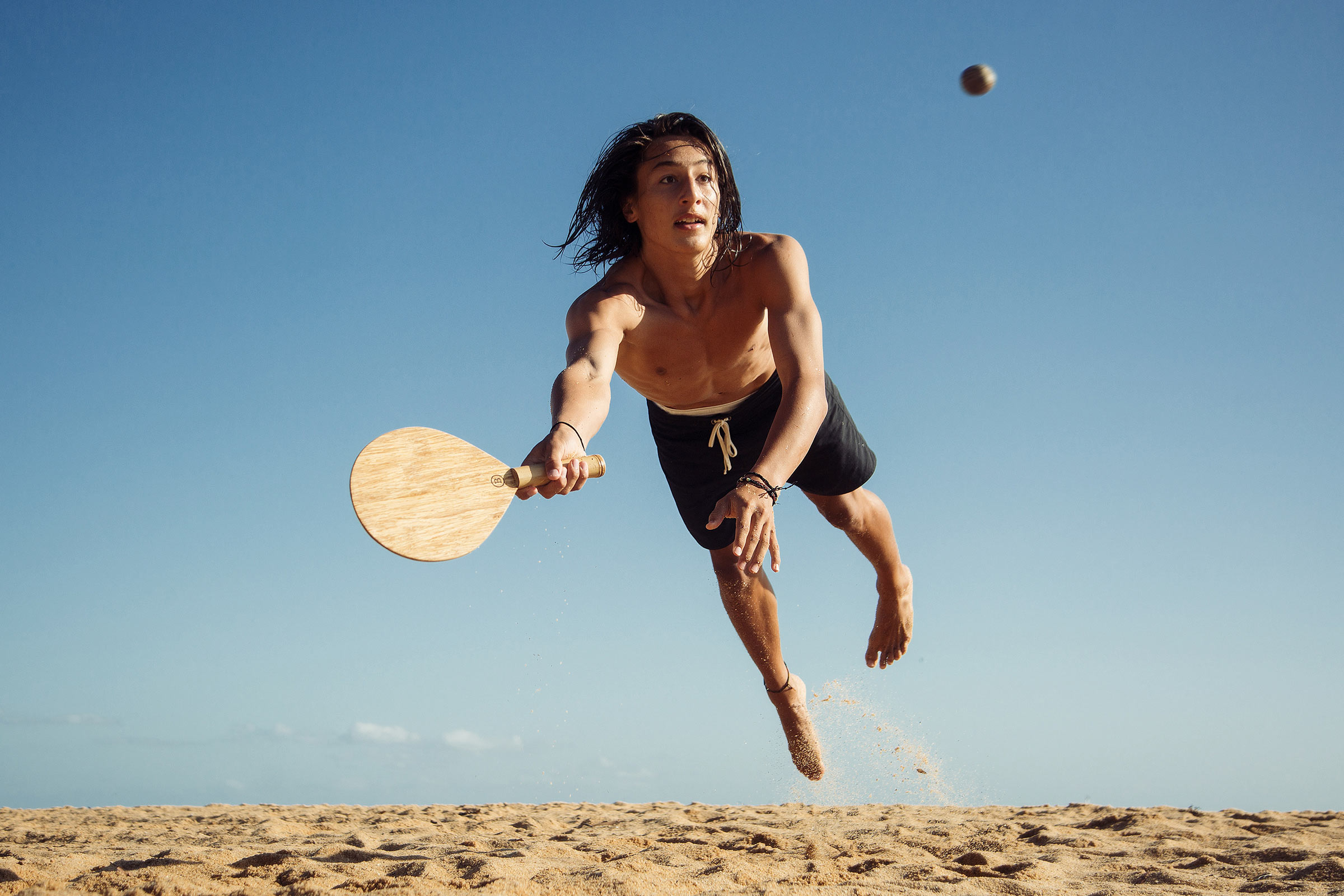 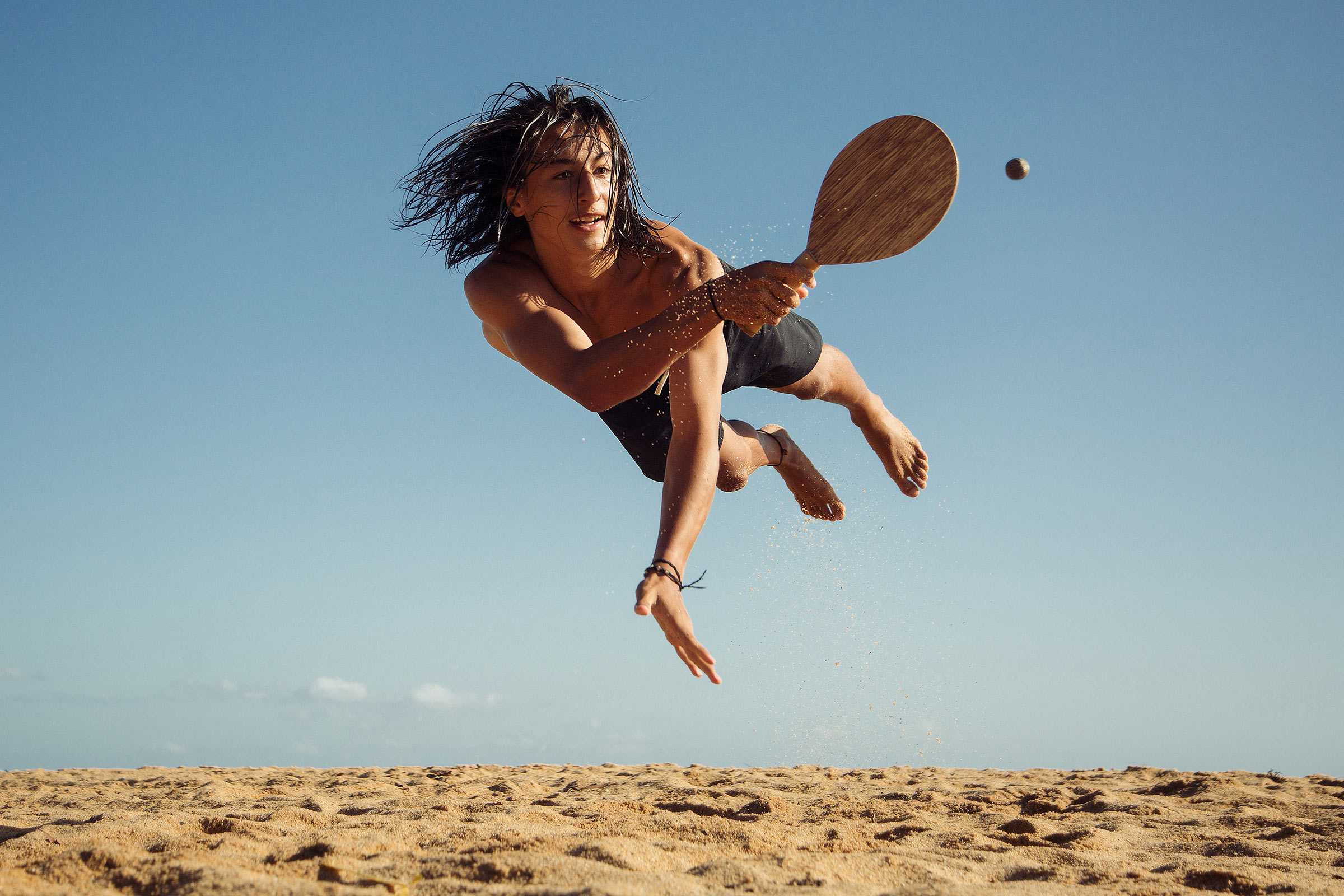 It's all too easy to be swept up in day-to-day stresses, allow ourselves to be swayed by negative influences or even just succumb to apathy. The natural antidote to all these is play. Go outside - even if it's raining, smile at every opportunity, laugh with friends and if you're fortunate enough to have a body that moves... move it!

Bamzu was not just born from my love of playing at the beach. It is an experiment in how to re-think product development and in turn, customer involvement in the 21st century. It is also a great way to encourage local craft and help get us off our devices from time to time.

The first product is a set of handmade beach bats. Crafted from locally sourced bamboo, they come in a pair with an upcycled squash ball and a draw-string multi-purpose beach bag which acts as the only packaging. They are produced in small batches and available upon request here